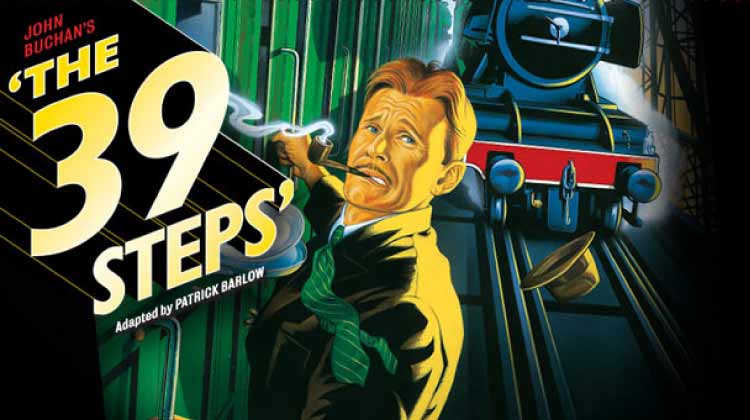 The 39 Steps at the Criterion Theatre is a riotously funny and madcap adaptation of John Buchan’s classic novel and Alfred Hitchcock’s film.

Alfred Hitchcock’s classic spy thriller The 39 Steps is brilliantly and hilariously recreated on stage in this smash-hit show.

In The 39 Steps, unsuspecting Englishman Richard Hannay is inadvertently drawn into an elaborate and sinister plot by a beautiful spy. When she is mysteriously murdered in his flat, Hannay has to flee to try and save his own life and break the hold of evil forces at work against the country.

The 39 Steps has announced it will close on 5 September 2015 following 9 amazing years at London’s Criterion Theatre.

Age Restrictions: Children under the age of 5 will not be admitted. Important Info: Seats in the rear stalls priced at £25 face value and classed as 'restricted view' have a slim pillar in the sightline. You will have a clear view by leaning slightly to the left or right. Strobe Lighting and Gunshots are used in this production.

Why book The 39 Steps tickets with us? 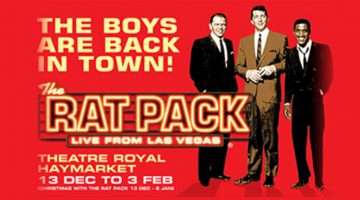 Christmas with The Rat Pack at the Theatre Royal Haymarket