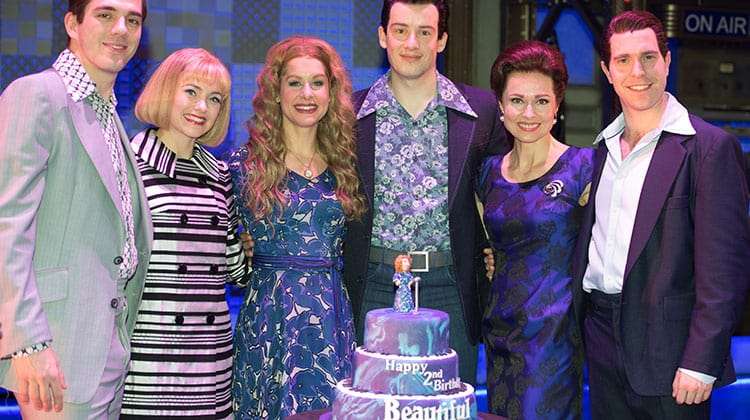 The London production of Beautiful – The Carole King Musical celebrated its second West End birthday with a gala performance at the Aldwych Theatre.

The Olivier, Tony and Grammy award-winning musical opened in February 2015 with Carole King joining the curtain call to sing an emotional rendition of You’ve Got A Friend.

Beautiful received its world premiere on Broadway at the Stephen Sondheim Theatre where it recently celebrated its third birthday.