Home » News » Jersey Boys to close in the West End 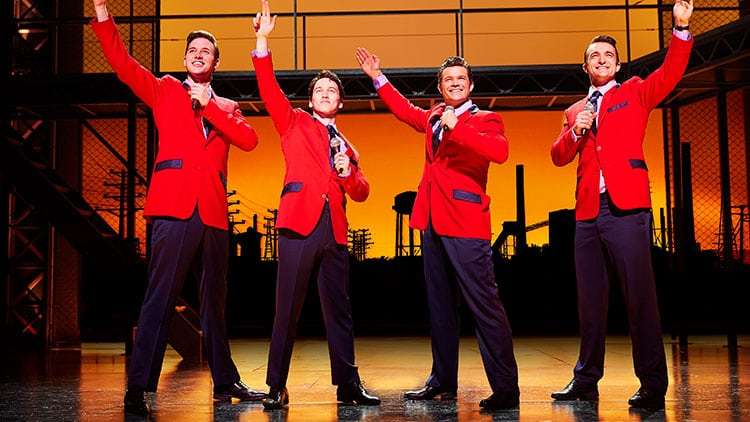 Jersey Boys to close in the West End

Today’s news follows the recent announcement that Jersey Boys would close on Broadway in January 2017 following a 11 year run.

Jersey Boys is currently the sixth longest running musical in the West End having opened on 18 March 2008 at the Prince Edward Theatre before moving to the Piccadilly Theatre in March 2014.

The show will embark on a second UK tour in December 2017, with beginning at the New Alexandra Theatre, Birmingham.

Michael David the producer said: “We hoped that West End audiences would embrace it, but you never imagine it’ll multiply and resonate as much as it has. We couldn’t be more proud of the cast and crew who gave their all every night, and are profoundly grateful to the audiences who returned that energy without fail.

“Our time in London has been extraordinary, and we hope audiences around the UK will continue to embrace Jersey Boys as we bring the show to their hometowns.”

The musical is the true story of Frankie Valli and the Four Seasons and their rise to fame. It features songs including Beggin’, Sherry, Walk Like a Man, December, 1963 (Oh What a Night) and Big Girls Don’t Cry. It is written by Marshall Brickman and Rick Elice, with music by Bob Gaudio and lyrics by Bob Crewe.

The show reportedly makes way for Gary Barlow’s Broadway production of Finding Neverland which will open in early 2017.

Jersey Boys runs at the Piccadilly Theatre until 26 March 2017.