Beautiful Hannah returns to Sondheim and goes Into the Woods 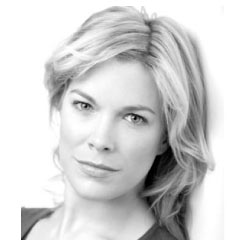 West End star Hannah Waddingham, whose recent successes include Trevor Nunn’s production of Stephen Sondheim’s A Little Night Music, will return to Sondheim this summer in Into The Woods.

Directed by Timothy Sheader, Hannah Waddingham plays the central role of the Witch, alongside Olivier award winner Jenna Russell (Sunday in the Park with George) as the Baker’s wife in the show that adds a dark twist to famous fairytales such as Cinderella, Jack and the Beanstalk, Little Red Riding Hood and Rapunzel.

Hannah has enjoyed a successful stage career, including Olivier Award nominations for playing the Lady of the Lake in Spamalot and Desiree Armfelt in Trevor Nunn’s production of A Little Night Music at the Menier Choclate Factory and the Garrick Theatre. Other roles include Suzanne Valadon in Lautrec, Christine Warner in Andrew Lloyd Webber’s The Beautiful Game at the Cambridge Theatre) Satan in Rod Stewart’s Tonight’s The Night and Rizzo in Grease at the Victoria Palace Theatre.

The Menier Chocolate Factory production of Sondheim’s A Little Night Music continues to pack them in on Broadway, now starring Bernadette Peters and Elaine Stritch (from 13 July). Catherine Zeta-Jones won a Tony Award for her performance as Desiree in the show on Broadway.