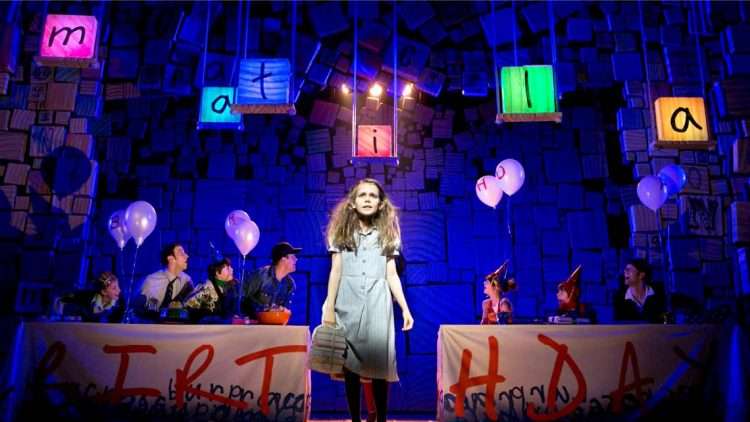 1. MATILDA THE MUSICAL at the Cambridge Theatre

Inspired by the twisted genius of Roald Dahl, Matilda is the captivating musical masterpiece from the Royal Shakespeare Company that revels in the anarchy of childhood, the power of imagination and the inspiring story of a girl who dares to change her destiny.
Age Restrictions: Suitable for ages 6 and over.

2. DISNEY’S THE LION KING at the Lyceum Theatre

Set against the majesty of the Serengeti Plains and to the evocative rhythms of Africa, Disney’s multi-award winning musical ‘The Lion King’ will redefine your expectations of theatre. Based on the much loved animated film and featuring Oscar winning music by Elton John and lyrics by Tim Rice, The Lion King promises an extraordinary, magical trip to the theatre.

Age Restrictions: Under 3s will not be admitted.

Disney bring their spectacular, Broadway production of Aladdin to London’s Prince Edward Theatre.
Based on Disney’s animated movie, this bold and thrilling new musical is filled with daring adventure, classic comedy and timeless romance.  Featuring all of the favourite songs from the film plus new music by Tony and Oscar winner Alan Menken and lyrics by Tim Rice and Howard Ashman.
Booking from 27 May 2016 at the Prince Edward Theatre.

4. CHARLIE AND THE CHOCOLATE FACTORY at the Theatre Royal, Drury Lane

Get your Golden Tickets. Charlie and the Chocolate Factory is the captivating musical masterpiece based on Roald Dahl’s much-loved book.  Featuring young Charlie Bucket and the madcap confectioner Willy Wonka, Roald Dahl’s Charlie and the Choclate Factory is brought to life in this major new West End musical directed by Oscar-winner Sam Mendes (Skyfall).
Age Restrictions: Suitable for ages 7+

Billy Elliot is the Olivier and Tony Award-winning musical based on one of Britain’s most successful films. With unforgettable music by Elton John, sensational dance and a powerful storyline, this astonishing theatrical experience will stay with you forever.  Billy Elliot runs until 9 April 2016 at the Victoria Palace Theatre.

6. WICKED at the Apollo Victoria Theatre

Think you know the whole story? Think again. Prepare to be spellbound, by this gravity defying, amazingly spectacular, show-stopping musical.
Recommended for ages 7+, children under 4 will not be admitted.

7. CIRQUE BERSERK! at the Peacock Theatre

8. STOMP at the Ambassadors Theatre

STOMP is the internationally renowned, explosive and energetic combination of theatre, dance, comedy and percussion.  This multi-award winning show has a universal language of rhythm, theatre, comedy and dance. Eight performers use everything from Zippo lighters, plastic bags, bin lids and even the kitchen sink to hammer out an explosively feel good rhythm.
Age Restrictions: No under 5s.

All aboard to see the Olivier Award Winning production in its Steamtastic Second Year!
This stunning adaptation of E. Nesbit’s classic novel The Railway Children is the perfect treat for all the family.
Set in a purpose built 1,000 seat venue, this breath-taking show features a stage built around a real train track, a beautiful 60-tonne locomotive that steams into the theatre!

11. WONDER.LAND at the National Theatre

War Horse is the National Theatre’s epic, Olivier Award-winning World War I family drama based on the celebrated novel by Michael Morpurgo. Magnificent puppets from the Handspring Puppet Company bring breathing, galloping, full-scale horses to life on stage in this theatrical tour de force which has taken the world by storm.
Age Restrictions: Suitable for ages 10 and over. Parental guidance advised.

13. THE GRUFFALO at the Lyric Theatre

Music, laughter, physical theatre and just the right touch of scary fun, makes Tall Stories The Gruffalo the must see family show for lovers of the timeless story and everyone looking for a smashing day out!
Recommended for ages 3+
BOOK TICKETS > 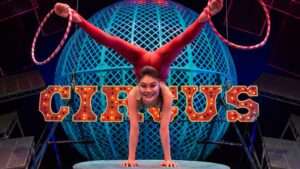