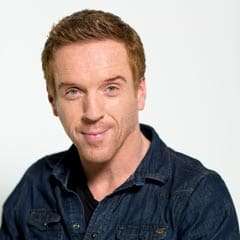 Video Interview: Damian Lewis behind the scenes of American Buffalo

At a recent photo shoot, Damian Lewis sat down for a behind-the-scenes video interview to discuss the upcoming production of American Buffalo.

Considered a classic of the American canon and recognised as one of Mamet’s masterpieces, American Buffalo premiered at the Goodman Theatre, Chicago and opened on Broadway on 16 February 1977. The play was also adapted into a 1996 film starring Dustin Hoffman (Teach), Dennis Franz (Don), and Sean Nelson (Bobby).

A transcript of the video interview is listed below.

What is American Buffalo about?

“American Buffalo is about the relationship between friendship and business, between loyalty and the corrosive effect of money, and three under privileged, under achieving men; one of whom owns a shop and to supplement the income from his junk shop they obviously do little scams on the side and we join them in the middle of a scam. It’s very funny, but very sad as well, at the end when you realise these three guys, desperately long for a shot at the title, for their slice of the American dream which they think they are entitled to, but they misunderstand it and they will probably never have it.” DAMIAN LEWIS

Which character do you play?

“Teach is one of the three characters, he is the character I’m playing. He’s a rather sad character, if he’s been given opportunities in life, he has missed them, but he might never of had them. He’s one of the dispossessed, badly educated, huxters.” DAMIAN LEWIS

How did you first learn of David Mamet?

“I first came across David Mamet really through his essays, because it’s standard reading when you are a drama student, every pause, as in Pinter, is intended, the rhythm of his language is very muscular, has a real sense of rhythm and very pointed rhythm and muscularity, all of which he is in total control of.” DAMIAN LEWIS

What are you connections to Daniel Evans?

“Well, Daniel Evans and I were at drama school together actually, he was I think a year or two below me. He’s still a brilliant actor and singer, but he’s become a fantastic director. DAMIAN LEWIS

“We are lucky enough to have John Goodman in this play, in this production, we’ll be in for a treat, it’s not stretching it to say, he’s achieved a sort of iconic Hollywood status as an actor, not least with the Cohen brothers and others and he’s perfect casting.” DAMIAN LEWIS

“Tom Sturridge is one of our exciting young actors and he’s clearly very good. What’s great about Tom is he seems to have this little sort of film star career which is just starting to blossom but he’s very much a theatre actor. It will be an engaging thought provoking and above all I hope entertaining play for all generations.” DAMIAN LEWIS

Book tickets to American Buffalo at the Wyndham’s Theatre