My Night with Reg

ABOUT My Night with Reg

Hit comedy My Night With Reg comes to the Apollo Theatre

The Donmar Warehouse revival of Kevin Elyot’s comedy My Night With Reg is transferring to the Apollo Theatre.

Running from 17 January to 11 April 2015, Robert Hastie’s production was a smash-hit at the Donmar Warehouse earlier this year.

The full original cast of the Donmar production are returning for the transfer to the Apollo Theatre, including Julian Ovenden, Matt Bardock, Jonathan Broadbent, Richard Cant, Lewis Reeves and Geoffrey Streatfeild.

Directed by Robert Hastie, Kevin Elyot’s Olivier and Evening Standard Award-winning comedy is set in London in the summer of 1985 against the backdrop of the mounting AIDS crisis.

Deliciously funny and bittersweet, Kevin Elyot’s comedy captures the fragility of friendship, happiness and life itself.

At Guy’s London flat, old friends and new gather to party through the night. This is the summer of 1985 and, for Guy and his circle, the world is about to change forever.

Why book My Night with Reg tickets with us? 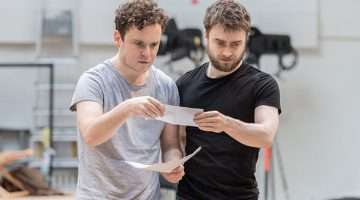