Photo First Look of rehearsals for Memphis The Musical at the Shaftesbury Theatre starring Beverley Knight.

Coming to the Shaftesbury Theatre from 9 October 2014, the show sees the return to the West End of multi award-winning recording artist Beverley Knight, following her smash-hit performance in The Bodyguard.

Winner of four Tony Awards on Broadway including Best Musical, MEMPHIS has a Grammy Award-winning original score by Bon Jovi founder David Bryan and a book by Joe DiPietro.

The show is inspired by true events from the Memphis underground dance clubs of the 1950’s and charts the fame and forbidden love of a radio DJ and a club singer.

The show is directed by Christopher Ashley, with choreography by Sergio Trujillo. 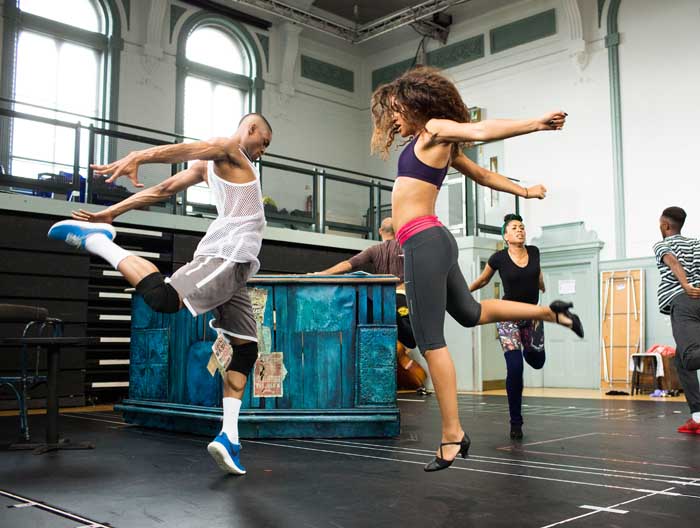