Love Never Dies, Andrew Lloyd Webber’s sequel to The Phantom of the Opera, may be getting a Broadway transfer after all. 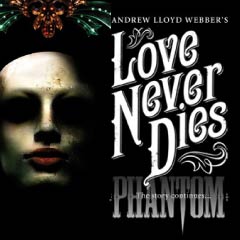 The show had a disappointing debut in London, lasting only 18 months at the Adelphi Theatre from February 2010 to August 2011. A planned Broadway transfer for Spring 2011 was subsequently cancelled.

However, in an interview with Broadway.com last week Lloyd Webber confirmed that he is now aiming for an American premiere of the show.

The change of heart has been the critical and artistic success of a subsequent production of Love Never Dies directed by Simon Phillips in Melbourne in 2010, shortly after the Jack O’Brien-helmed original West End production opened.

Simon Phillips joined Lloyd Webber for the interview, as the pair work together on the Japanese production of the show, which is now running at the Nissay Theatre in Tokyo.

Simon Phillips had reworked the show substantially for Melbourne and his production has now travelled to Vienna, and may also open in Germany’s musicals capital, Hamburg.

Lloyd Webber told Broadway.com that, “It’d be great to get it into America now… [the new production] matches the music entirely. It’s seamless, absolutely of one piece.”

Lloyd Webber is also going to rework the ending of the show for Broadway.

Watch the Google Hangouts video with Andrew Lloyd Webber and Simon Phillips, below.