Featuring Leonard Bernstein’s iconic score, Stephen Sondheim’s genre-defining lyrics and groundbreaking choreography by the legendary Jerome Robbins, West Side Side is the dance musical to end them all.

Based on Shakespeare’s Romeo and Juliet and full of unforgettable songs including Maria, Tonight, Somewhere, America and I Feel Pretty, West Side Story changed the face of musical theatre forever. 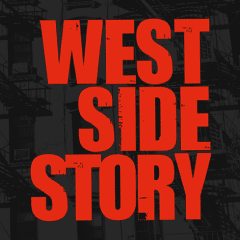 News about West Side Story
More >