The Weir is recognised as McPherson’s masterpiece, winning the Evening Standard, Critics’ Circle and Olivier Award for Best New Play in 1999. Josie Rourke’s production is the first major British revival of this undoubted modern classic. Following the success of this revival, the Donmar premiered McPherson’s latest play, The Night Alive, which continues to perform to full houses until 27 July.
Conor McPherson (Playwright) most recently directed his latest play, The Night Alive, at the Donmar Warehouse. He was named by The New York Times as “the finest playwright of his generation”. He won the George Devine Award in 1997 with his play St Nicholas. In 2006 he received a Tony Award nomination for Shining City and an Olivier Award nomination for Best New Play for The Seafarer. In 2011 he wrote and directed The Veil for the National Theatre and in 2012 adapted Strindberg’s The Dance of Death for the Donmar Trafalgar Season. Conor recently worked on the BBC series, Quirke.

Josie Rourke (Director) became Artistic Director of the Donmar Warehouse in 2012. Since her appointment she has directed Berenice, The Physicists, The Recruiting Office and The Weir. She is currently directing The Machine, a new play by Matt Charman, as part of the Manchester International Festival, which will tour to New York later this year. Rourke trained at the Donmar, under Sam Mendes, through the theatre’s annual Resident Assistant Director Scheme. Prior to the Donmar, she was Artistic Director at the Bush Theatre, London, from 2007 to 2011. Her 2010 production of Men Should Weep by Ena Lamont Stewart ran in the Lyttelton at the National Theatre. In 2011 her production of Much Ado About Nothing, starring David Tennant and Catherine Tate, ran in the West End at Wyndham’s Theatre and received an Olivier Award nomination for Best Revival.

Risteárd Cooper’s (playing Finbar) theatre credits include Juno and the Paycock (National Theatre & Abbey Theatre, Dublin) and Pygmalion (National Theatre of Ireland). Television credits include The Crisis, in which he was nominated for Best Comedy Actor at the Monte Carlo Television and Film Awards, Apres Match, Chasing the Lions and The State of Us. He also appeared in the films Batman Begins and The Closer You Get.

Brian Cox (playing Jack) has performed in the West End, on Broadway, at the National Theatre, the Royal Court and numerous other theatres across the UK. He has a hugely prolific television and film career and films include The Bourne Supremacy, The Bourne Identity, Troy and X-Men 2. Television credits include Bob Servant Independent, The Day of the Triffids, Doctor Who and Frasier.
Dervla Kirwan (playing Valerie) has previously performed at the Donmar in Betrayal. Other theatre credits include Uncle Vanya (Chichester Festival), Aristocrats and Exiles (National Theatre), A Handful of Stars (Bush Theatre), Fathers and Sons (Gate Theatre, Dublin) and Les Liaisons Dangereuses (Bristol Old Vic). Television credits include The Fuse, The Silence, Marple: The Secret of Chimneys and Material Girl. Films include Ondine and December Bride.

Peter McDonald (playing Brendan) has previously performed at the Donmar in Days of Wine and Roses and A Lie of the Mind. He has performed at the National Theatre, the Royal Court, The Old Vic, West End and numerous other UK theatres. He has worked with Conor McPherson on a number of projects including the film Saltwater. His extensive work on screen includes the film The Damned United and recent television includes Mayday and Moone Boy.

Ardal O’Hanlon (playing Jim) is an award-winning comedian, actor, writer and star of hit television series Father Ted and My Hero. His theatre work includes Conor McPherson’s Port Authority (Southwark Playhouse), The God of Carnage (Gate Theatre, Dublin) and See You Next Tuesday (West End). O’Hanlon is a bestselling author with his debut novel, The Talk of the Town. He starred in the feature film Wide Open Spaces and continues to tour internationally with his stand up show.

Book tickets to THE WEIR 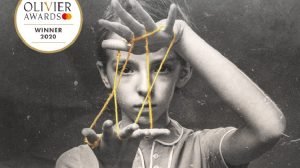 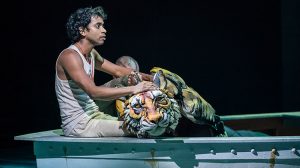 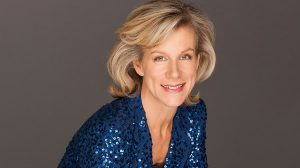 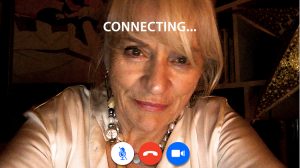 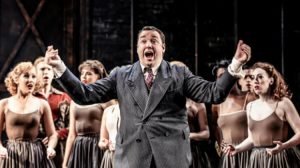