Chimerica is the fascinating, critically acclaimed new play by Lucy Kirkwood that wowed audiences at the Almeida, and now transfers to the Harold Pinter Theatre in the West End for a limited season.

Directed by Lyndsey Turner for Headlong, this extraordinary and provocative new play examines the changing fortunes of two countries whose futures will come to define our own.

As the tanks roll through Tiananmen Square in Beijing in 1989, Chinese soldiers hammer on the hotel door of young American photojournalist Joe, and he captures a piece of history.

Fast-forward 20 years and Joe is working in New York covering a presidential election that is marred by debate over cheap labour and the outsourcing of American jobs to Chinese factories. When a cryptic message is left in a Beijing newspaper, Joe is driven to discover the truth behind the unknown hero he captured on film that day.

The play premiered at the Almeida Theatre and proved a huge success, winning FIVE STAR reviews from the Guardian, Evening Standard, Sunday Times, The Telegraph and Time Out. 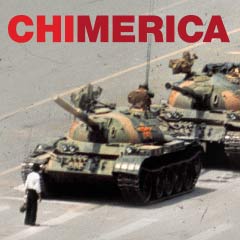