Rodgers and Hammerstein’s timeless classic The Sound of Music is given a new revival this summer in the beautiful setting of the Regent’s Park Open Air Theatre. Expect the hills to well and truly come alive in the park setting, in the show where every song is a hum-able hit, including ‘Do-Re-Mi’, ‘Climb Ev’ry Mountain’, ‘My Favourite Things’, ‘Sixteen Going on Seventeen’ and ‘Edelweiss’.

The Sound of Music runs from 25 July to 7 September 2013 at the Open Air Theatre. 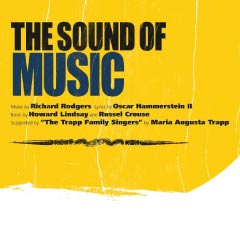 News about The Sound of Music
More >