Des O’Connor makes debut in The Wizard of Oz

Des O'Connor has made his debut in The Wizard of Oz at the London Palladium.

Des O’Connor has made his debut in The Wizard of Oz at the London Palladium. 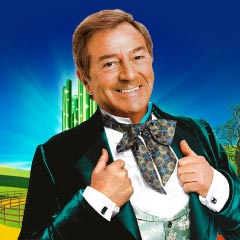 Des O'Connor in The Wizard of Oz

He received a standing ovation on Thursday for his performance as The Wizard in the show, starring alongside Sophie Evans as Dorothy.

And now Des is on a West End roll as he has returned to the London Palladium – a venue that he has played 1,284 times over his career but never as an actor – to star as the Wizard in Andrew Lloyd Webber’s new production of the classic show.

He told the Evening Standard that, “I may have done over 1,200 performances at the Palladium but I’m still in with a chance of winning best newcomer”.

Getty Images website: photos of Des O’Connor and Sophie Evans in The Wizard of Oz 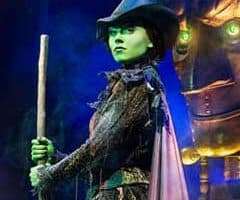