Chicago The Musical is making its final razzle dazzle at the Cambridge Theatre this month before closing on Saturday 27 August 2011.

Chicago The Musical is making its final razzle dazzle at the Cambridge Theatre this month before closing on Saturday 27 August 2011. 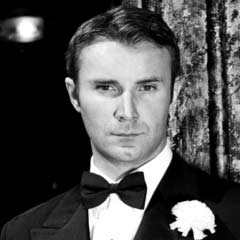 There are still special offer tickets available for the final few performances at the Cambridge Theatre, currently starring Jonathan Wilkes.

Supermodel Christine Brinkley recently made her debut in the London show after wowing Broadway with her performance as Roxie Hart.

On the same day that the show closes in London, the original Broadway production will celebrate its 6,138 performance on the Great White Way, beating A Chorus Line’s record to make it the fourth longest-running show in Broadway history.

Chicago is based on the play by Maurine Dallas Watkins and has a book by Fred Ebb and Bob Fosse, music by John Kander and lyrics by Fred Ebb. The show’s entire original Broadway creative team staged the West End production including choreography by Ann Reinking in the style of Bob Fosse and direction by Walter Bobbie.