Lend Me A Tenor, the musical comedy by Peter Sham and Brad Carroll, is to close early at the Gielgud Theatre in London.

Based on Ken Ludwig’s award-winning play, the show opened on 15 June but has failed to find an audience and will now close on Saturday 6 August 2011.

The producers, Martin Platt and David Elliott, said in a statement that, “Despite mostly wonderful notices from the press, great feedback from our audiences and nightly standing ovations, this has not translated into growing sales and we feel it is in everyone’s best interests to close the production on August 6th.”

The show stars Matthew Kelly, last seen in the West End in the short-lived production of Sign of the Times at the Duchess Theatre, and Joanna Riding, who previously starred in The Umbrellas of Cherbourg, also at the Gielgud, and which also closed early.

Critics largely enjoyed the show, with Michael Coveney in the Independent saying that, ““Sure, the whole shebang’s a bit of a throwback, but it’s fun and finished to a very high standard”, but others, including Nick Curtis in the Standard, found that there was, “a disjunction here between retrogressive comedy and modern musical sentiment, and the result is blandness.”

The next confirmed production at the Gielgud is not until November, with a stage adaptation of movie classic The Ladykillers.

SPECIAL OFFER: Book tickets to Lend Me A Tenor at the Gielgud Theatre in London

Lend Me A Tenor – Reviews Round-up 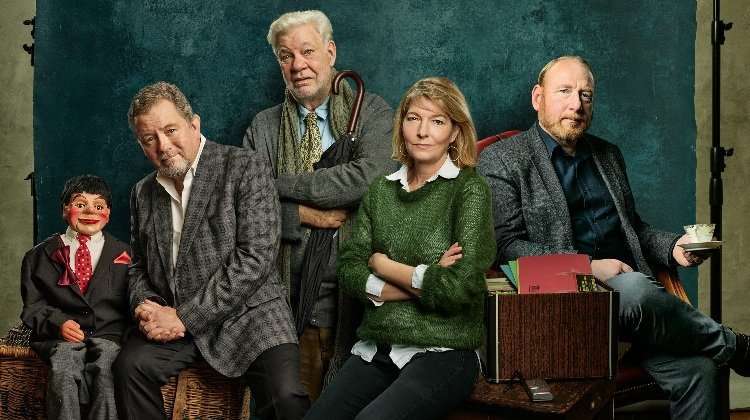