Skip to content
Peacock Theatre, London
Booking to 15 February 2014
Sorry, this show is not currently booking.

The glamour and glitter of Bollywood returns to London in this theatrical dance spectacular featuring a cast of 40 performers. 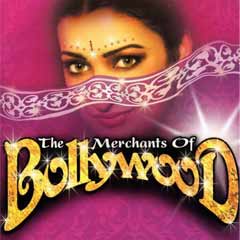 News about The Merchants of Bollywood
More >

Merchants of Bollywood returns to the Peacock Theatre 31 May – 3 July
“Like a kick of chilli, its dance numbers overpower with their energy, hot rhythms and kaleidoscope of eye-scorching costumes” The Guardian The Merchants of Bollywood brings the glamour and glitter of Bollywood back to the West End’s Peacock Theatre from 31 May to 3 July 2011, following a sell-out international tour and packed houses at the Peacock Theatre last summer. A theatrical dance extravaganza, The Merchants of Bollywood charts the history of the world’s largest and most prolific film industry, and the dynasty of stars that have lit its way over generations. Written and directed by Toby Gough and produced by Mark Brady, the showhas been seen by over two million people worldwide, and draws inspiration from the story of the Merchant family’s choreographing dynasty, who for generations have been Bollywood’s leading figures in film-making, music and choreography. “The slick script contains just the right amounts of camp humour and epic sentimentality. ****” The Times Featuring a cast of over 40 multi-talented performers, this uplifting show is a riot of colour, high-energy music and sensational dance scenes choreographed by one of Bollywood’s top young choreographers, Vaibhavi Merchant. Vaibhavi Merchant started her career assisting her uncle Chinni Prakash, a renowned Bollywood film choreographer. She performed in the film Snehapoorvam Anna, but soon returned to choreography and has worked on a variety of acclaimed films including Kuch Na Kaho, Na Tum Jano Na Hum, Devdas and the Oscar nominated Lagaan. Her awards include a National Film Award for choreographing the dance ‘Dhole baaje’ in the movie Hum Dil De Chuke Sanam. The cast includes lead dancer Carol Furtado who has been with The Merchants of Bollywood since 2006. Before joining the company Carol Furtado toured the world extensively performing with some of the most acclaimed musicians in India including legendary singer Asha Bhosle, Stereo Nation, AR Rehman, and Collonial Cousins. The Merchants of Bollywood comes back to the Peacock Theatre after a successful run in 2010. Before that the show toured the UK in 2006 ending its six month tour at London’s Apollo Theatre. It is the first Bollywood dance show to tour straight from the world famous Film City in Mumbai. Release issued by: Sadler's Wells LINKS Book tickets to The Merchants of Bollywood at the Peacock Theatre in London