The new comedy musical Mrs Doubtfire, based on the much-loved movie, has announced principle cast ahead of its UK premiere on 2 September 2022, at the Manchester Opera House.

Comic actor Gabriel Vick (Avenue Q) will star in the title role as Daniel Hillard in Mrs Doubtfire The Musical, played by Robin Williams in the movie.

The role of the Hillard children, will alternate between George Nearn Stuart, Charlie Tumbridge and Fred Wilcox as Christopher Hillard, and Jessica Bowerman, Darcey Dean and Angelica Pearl Scott as Natalie Hillard.

Mrs Doubtfire is produced by Kevin McCollum and Jamie Wilson and is presented by special arrangement with Buena Vista Theatrical.

The show runs at the Manchester Opera House from 2 September to 1 October 2022. There’s still no news on a West End transfer, but this is expected – sign-up to our Email Alerts to be the first to know. 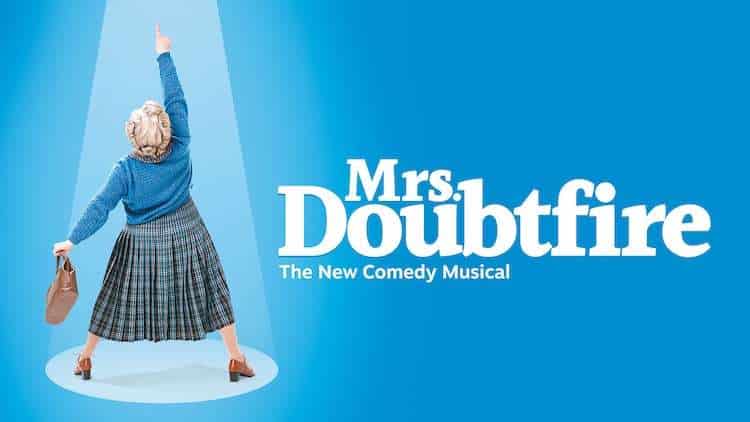 ">
Broadway’s ‘Mrs Doubtfire’ musical sets UK premiere for 2022
">
Crazy Coqs to premiere new musical After You
Photos: Once at the Phoenix Theatre