Reviews are in for Anything Goes starring Kerry Ellis at the Barbican Theatre in London.

One of the all-time greatest musicals, Cole Porter’s Anything Goes features a joyful, gold-plated score of theatre’s most memorable standards, including ‘I Get A Kick Out of You’, ‘You’re the Top’, ‘It’s De- Lovely!’ and Anything Goes, it’s everything you want a big Broadway musical to be and more!

Anything Goes is booking until 3 September 2022 at Barbican Theatre London.

"Ellis is still a seductive presence – a sassy, wise-cracking temptress who finds the wistful subtext in opening number I Get A Kick Out of You, who leads cast and audience into musical theatre heaven in the tap dancing spectacular Anything Goes, and who understands that her job as Reno is to essentially steal, with a wink and a nod, every scene she's in."

"No question about it: this remains the best show in town."

"If there’s one production I’d prescribe to a person who is allergic to musicals, this would be it."

"Kerry Ellis is every bit as seductive as Reno Sweeney"

"Thank goodness: this scintillating, toe-tapping, wisecracking Cole Porter musical from 1934 is back to save us from real life once again"

"Yes, Anything Goes is old fashioned. But it’s also radical, a celebration of freedom and hedonism after Prohibition and the Wall Street Crash"

"The extended sections of dance are dazzling "

"In the words of another classic Porter number, De-Lovely."

"Delightful and de-lovely as ever aboard SS American"

"About 20 minutes into this joyous show, I stopped taking notes — because nothing sums it up better than the refrain from one of its famous numbers, ‘It’s delightful, it’s delicious, it’s de-lovely’."

"Fear not, little flock. The Cole Porter musical Anything Goes is back at the Barbican after last summer’s triumphant run. Reno, the loveless nightclub singer who makes an Atlantic crossing with a shipload of gangsters and romancers, is now played by Kerry Ellis. For me she has a spoonful more mischief than last year’s star, Sutton Foster. Denis Lawson is also an improvement on Robert Lindsay as Moonface Martin, the sub-mafioso who is public enemy No 13. The cast’s other big addition is that old ham Simon Callow, who plays the millionaire Elisha Whitney." 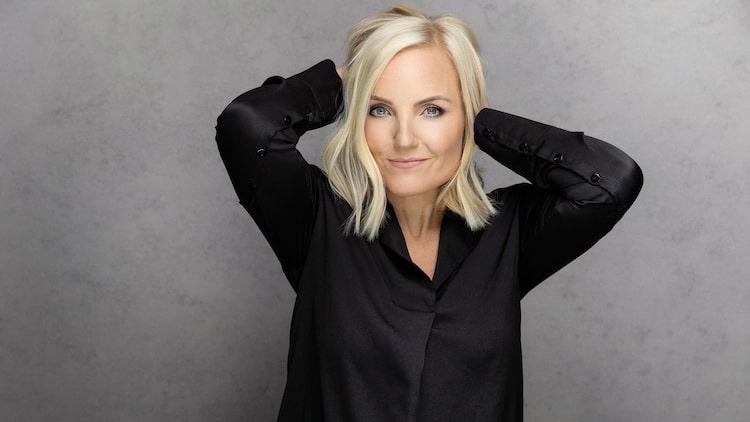