Exciting news for fans of the musical Chess. Following the cult musical’s brief concert revival at the Royal Albert Hall in London in December 2008, the show will be released on DVD and CD by Warner Music (16 June in USA and Canada, 15 June rest of world).

The concert version of the hit 80s show will also be broadcast by public TV station PBS in the USA from 17 June.

Written by Tim Rice and ABBA’s Benny Anderson and Björn Ulvaeus, the recording will air as part of PBS’ Great Performances strand.  Chess originally played at the Prince of Edward Theatre in London in the late 1980s and also enjoyed a brief run on Broadway.

Chess in Concert was a star-studded two nighter at London’s prestigious venue, starring an acclaimed list of music talent including Idina Menzel as Florence, Adam Pascal as Frederick Trumper, Josh Groban as Anatoly Sergievsky, Kerry Ellis as Svetlana, David Bedella as Molokov, Marti Pellow as The Arbiter and Clarke Peters as Walter.

Music was provided by the City of London Philharmonic and the 100-voice West End Chorus and songs from the musical include “One Night in Bangkok,” and “I Know Him So Well”, the later proving a recording hit for Elaine Paige and Barbara Dickson.

On the Chess in Concert website Tim Rice writes that “I hope that the work I was fortunate enough to create with them [Anderson and Ulvaeus] will one day be recognised as a full part of their brilliant legacy.”

The Chess in Concert Director and Concert Adapter was Hugh Wooldridge, with Musical Direction by Mark Warman and Conductor and Musical Supervisor David Firman. The show was directed for TV by David Horn and produced by Austin Shaw.

Elaine Paige starred in the original London production of Chess, and recently said on the US show Entertainment Tonight that she’d love to sing with Britain’s Got Talent megastar Susan Boyle. Watching the clip of the original video for I Know Him So Well, below, you can see how that would work. 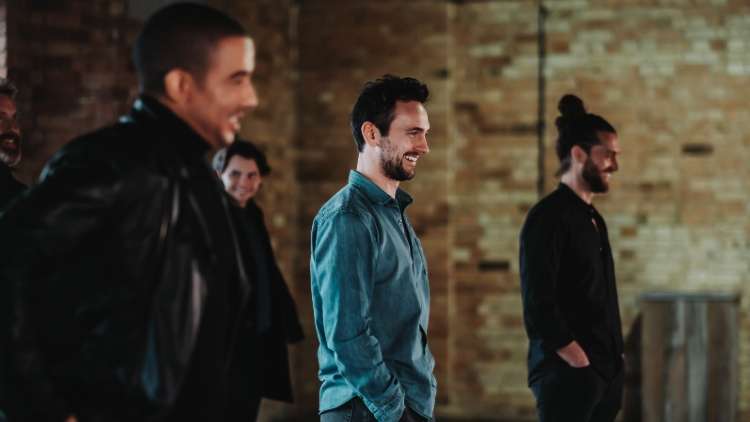