The Chichester Festival Theatre production of Love Story will close as scheduled at the Duchess Theatre on 26 February 2011.

The Chichester Festival Theatre production of Love Story will close as scheduled at the Duchess Theatre on 26 February 2011. 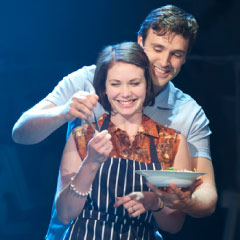 The new musical, based on Eric Segal’s best-selling book and the acclaimed film, is the first producing venture for musicals star Michael Ball, along with The Mousetrap producer Stephen Waley-Cohen, and Hairspray and Sister Act producer Adam Spiegel.

The show is set to go on a UK tour after it closes in the West End.

SPECIAL OFFER: Save £22.50 on tickets to Love Story at the Duchess Theatre in London