Multi-award winning actor Sheridan Smith returns to the West End starring in Shirley Valentine at the Duke of York’s Theatre.

Winner of the Olivier Award for Best New Comedy, Shirley Valentine is the critically acclaimed, life-affirming story of a woman who got lost in marriage and motherhood, and who winds up talking to the kitchen wall whilst cooking her husband’s chips and egg. But Shirley still has a secret dream. And in her bag, an airline ticket. One day she may just leave a note saying: ‘Gone! Gone to Greece.’

Directed by Matthew Dunster, this new production of Shirley Valentine will play a 15 week limited West End season at the Duke of York’s Theatre from 17 February to 3 June 2023.

What's the story of Shirley Valentine?

Shirley is a Liverpool housewife. Her kids have left home and she makes chips and egg for her husband while talking to the wall. Where has her life disappeared to? Out of the blue, her best friend offers her a trip to Greece for 2 weeks and she secretly packs her bags. She heads for the sun and starts to see the world, and herself, very differently.

Who is in the cast of Shirley Valentine?

Who are the creative team of Shirley Valentine?

The director is Matthew Dunster, with design by Paul Wills, lighting design by Lucy Carter, sound design by Ian Dickinson for Autograph.

The show is produced by David Pugh.

Book tickets to Shirley Valentine at the Duke of York's Theatre with WestendTheatre.com. You will be purchasing official London theatre tickets from an authorised retailer and member of the Society of Ticket Agents and Retailers. 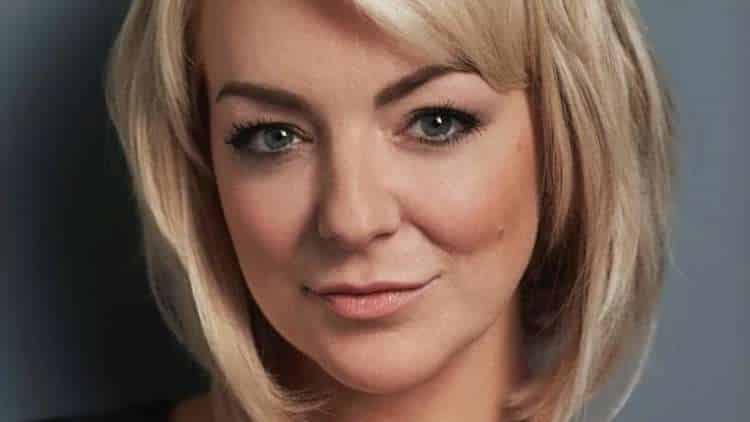 ">
Stage Spy: Sheridan Smith to star in Shirley Valentine in the West End?
Rumours are hitting town that stage and screen star Sheridan Smith is going to play Shirley Valentine in a West End revival of the Willy Russell classic. It has been 36 years since Willy Russell's Shirley Valentine was first performed, and the play went on to become a hit 1989 film starring Pauline Collins. The Sun newspaper has claimed the one-woman show is set for a revival in the West End. Sheridan speculated in the Summer that she was heading back to the West End, telling Simon Mayo that: "I have missed being on the stage, and actually I have accepted to do a play on the stage.” Shirley Valentine is about a middle-aged, working-class housewife from Liverpool who dreams of another more exciting life, and gets it when she goes on holiday to Greece. A source told The Sun that "Sheridan is perfectly cast. Everyone involved with the production is hugely excited. This is a total coup." Pauline Collins in Shirley Valentine The revival will have a new feminist twist, but will still be true to Willy Russell's original play. There's no current news on dates or theatre. Pauline Collins starred in the original West End production at the Vaudeville Theatre directed by Simon Callow, winning a Best Actress Olivier Award in 1988, before taking the show to Broadway to score a Best Actress Tony Award, and then making the movie. Shirley Valentine also won a Best New Comedy Olivier Award. Sheridan's next project is a TV adaptation of David Walliams' Gangsta Granny Strikes Again, also starring Walliams. Another of his acclaimed children's book, Demon Dentist, will get a West End run this Christmas at the Bloomsbury Theatre. Sheridan Smith was last on stage in the West End in Joseph and the Amazing Technicolor Dreamcoat at the London Palladium in 2019 playing the Narrator, and prior to that the Menier Chocolate Factory's production of Funny Girl, which transferred to the Savoy Theatre. Her last dramatic stage role was starring with David Walliams in Michael Grandage's West End production of A Midsummer Night's Dream in 2013 at the Noël Coward Theatre, and Hedda Gabler at the Old Vic in 2012 - so it is high-time she took to the West End stage again to do a play. Recent Shirley Valentine productions include a 2017 UK tour starring Jodie Prenger, and a Welsh production in 2022 starring Shelley Rees. Willy Russell is one of Britain's most successful playwrights, with his work in constant production, including Blood Brothers and Educating Rita. More about Shirley Valentine in London