New shows coming to London this week include The Children’s Hour at the Comedy Theatre starring Keira Knightley and Elisabeth Moss; the Royal Court’s award-winning Clybourne Park to the Wyndham’s Theatre; and Will & Grace star Leslie Jordan in his Trip Down the Pink Carpet. 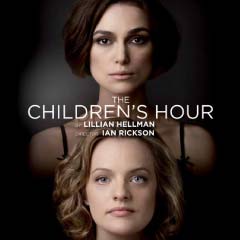 The play is generating much interest but more because of the casting than the subject matter: when the play premiered in 1934 it was swiftly banned in London and Boston for its story of two school mistresses accused of being lesbian lovers by a school girl. Rather, this new production directed by Ian Rickson at the Comedy Theatre is in the papers for its starry casting. Hollywood actress Keira Knightley is back in the venue after her 2009  run in The Misanthrope, and is joined by Elisabeth Moss, aka Peggy from Mad Men, as well as Oscar winning actress Ellen Burstyn.

Book tickets to The Children’s Hour at the Comedy Theatre

Leslie Jordan – My Trip Down The Pink Carpet

Hilarious American actor Leslie Jordan brings his outrageous show to London. Best known for his role in Will & Grace, Jordan tells an entertaining collection of true life stories from small-town USA to the pink carpet of Hollywood.

Self-styled as “the gayest man I know”, Leslie Jordan reveals his childhood agonies, dangerous temptations, and revealing celebrity encounters — from Boy George to George Clooney — in his laugh-out-loud show about Hollywood, fame, addiction, gay culture, and learning to love oneself.

Special offer: Save £18.50 on tickets to Leslie Jordan – My Trip Down The Pink Carpet at the Apollo Theatre

The Royal Court brings its Evening Standard award-winning play Clybourne Park into the West End for a limited run.

Bruce Norris’s hilarious satire explores the fault line between the worlds of race and property, contrasting late 50’s Chicago to the present day.

Book tickets to Clybourne Park at the Wyndham’s Theatre

Shoes the Musical – the hugely successful Sadler’s Wells show – is West End bound at the Peacock Theatre from 8 February. The Children’s Hour gets its official opening night at the Comedy Theatre on 9 February. And The 25th Annual Putnam County Spelling Bee starts previews as the Donmar Warehouse from 11 February.

">
Sharon Small to join David Tennant in GOOD at the Harold Pinter Theatre
">
Life of Pi announces final booking period in London’s West End
">
That Is Not Who I Am reviews – Royal Court Theatre 2022 ★★★
">
Dates announced for David Tennant in GOOD at the Harold Pinter Theatre
">
Oliver Award winning Life of Pi extends run at the Wyndham’s Theatre to October 2022
">
The Corn is Green Reviews at the National Theatre 2022 ★★★★
">
Hiran Abeysekera in Life of Pi
">
Sophie Thompson, Adrian Scarborough to star in Alan Bennett’s The Clothes They Stood Up In at Nottingham Playhouse
">
Life of Pi adds more dates to its London run at the Wyndham’s Theatre
">
Emily White wins Royal Court Theatre playwright award
">
Life of Pi extends its West End run at the Wyndham’s Theatre
">
Simon Armitage’s new adaptation of The Owl and the Nightingale to be performed at the Royal Court
">
Casting announced for The Glow at London’s Royal Court theatre
">
Long list announced for the Royal Court’s playwright award
">
London stage show ‘Life of Pi’ reveals full West End cast
">
Linda Bassett and John Heffernan to star in new Caryl Churchill play ‘What If If Only’
">
Further casting announced for The Normal Heart at the National Theatre
">
Tom Stoppard’s ‘Leopoldstadt’ returns to West End this August
">
Imelda Staunton eyes 2023 for Hello, Dolly! West End run
">
‘Life of Pi’ moves West End premiere to September 2021