The Cher Show – a new musical celebrating the life of iconic singer and actress Cher will open in the UK in 2022.

The Cher Show made its debut on Broadway in 2018 in a production that earned two Tony Awards and delighted fans from around the world.

The show promises to be a glitter fest of costumes and high energy dancing. Featuring 35 of Cher’s biggest hits including “The Shoop Shoop Song”, “I Got You Babe”, “Turn Back Time”, “Strong Enough” and the iconic anthem “Believe” it is sure to have you spinning in the aisle.

Arlene Phillips “I have been a fan of Cher since I first heard I Got You Babe in the mid-sixties and cannot wait to direct her musical. I love stories about strong inspirational legends like Cher and I am proud to be joined in the creative team by two women who have already made a huge impact in their careers: Oti Mabuse as choreographer of the many different genres in the show and Gabriella Slade for the iconic costume designs. This exciting show will be a non-stop journey of Cher’s rollercoaster life, bringing to the audience Cher’s iconic songs, glorious dance numbers, unique costumes and her epic drama. All they need to do is come along and Believe.”

Oti Mabuse said, “I cannot WAIT for audiences to see what we’re doing with The Cher Show. Every song in the show is a hit and we are going full out with exciting routines and movement. It’s going to be a party! Cher has been such an inspiration to so many people and this musical is going to be a celebration of everything people love about her.”

With over 100 million record sales, an Academy Award®, an Emmy®, a Grammy®, three Golden Globes® and an award from The Council of Fashion Designers of America, Cher has influenced popular culture more than most. The musical charts her journey from the kid starting out vowing to be famous; the glam tv and pop star who quits at the top of her game; to the woman who resurrects a career to enjoy 20 years of record-breaking tours and become the icon we know and love.

The Cher Show will open at Leicester Curve on 15 April 2022 and will then tour the UK and Ireland travelling to over 35 venues. The tour schedule includes dates in Sunderland, Hull, Sheffield, Manchester, Belfast, Blackpool, Nottingham, Birmingham, Milton Keynes, Cardiff, Edinburgh, Glasgow, Northampton, Oxford, Liverpool and Carlisle and Llandudno and Bristol.

Casting for the production is to be revealed.

">
Photos: House Of Flamenka – the new latin dance show from Arlene Phillips
">
London Theatre Watch: What shows are moving in to the West End?
">
West End Flea Market raises £45k for Acting for Others charity
">
The Cher Show – watch the new UK trailer
">
Grease The Musical reviews at the Dominion Theatre 2022 ★★★
">
The Cher Show – first look at UK premiere
">
The Cher Show announces full cast and rehearsal video ahead of UK and Ireland Tour 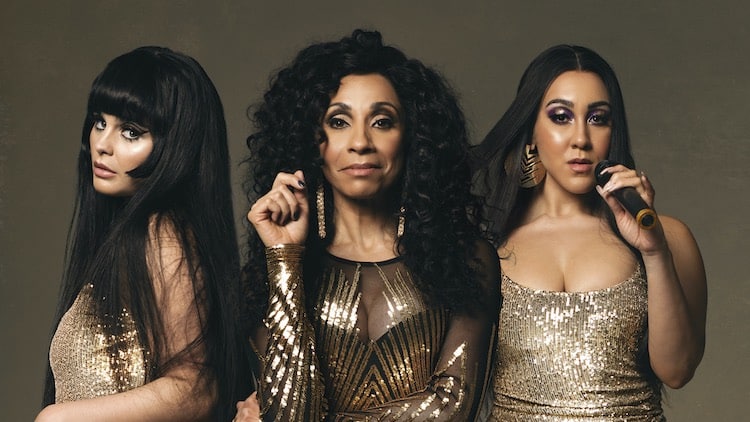