Andrew Lloyd Webber casts Paul Keating as Scarecrow in The Wizard of Oz. 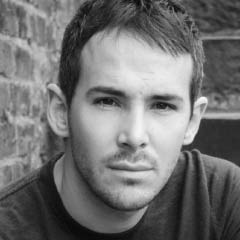 Paul has been twice nominated for Olivier Awards – and we think this next project could be the one.

The multi-talented actor has been cast as the Scarecrow in Lord Lloyd Webber’s great big revival of musicals classic The Wizard of Oz – to open at the London Palladium in February.

Paul’s impressive list of stage credits includes the lead role in Tommy at the Shaftesbury Theatre, Tick… Tick… BOOM! at the Duchess Theatre, Seymour in Little Shop of Horrors with Sheridan Smith at Menier Chocolate Factory and in the West End, the Pet Shop Boys musical Closer to Heaven, the Balladeer in Assassins, La Cava at the Piccadilly Theatre and Victoria Palace, the Full Monty at the Prince of Wales Theatre, Prince of Palma in Don Carlos directed by Michael Grandage, Buttons in Cinderella at the Old Vic Theatre and Blowing Whistles at the Leicester Square Theatre.

On-screen appearances include Metrosexuality and Bring Me The Head Of Mavis Davis.