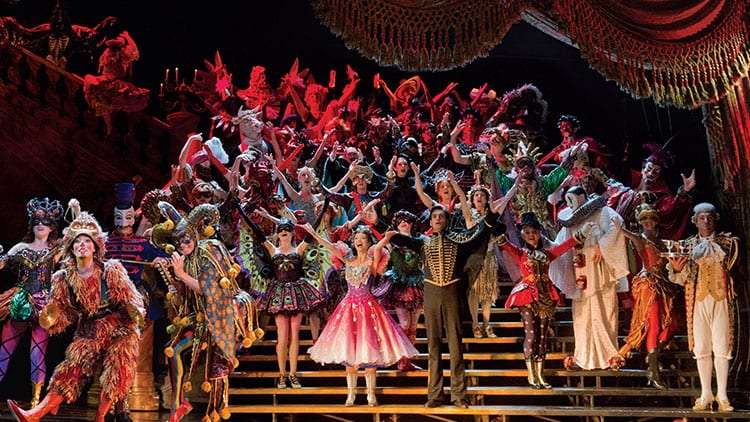 The London production of The Phantom of the Opera will remain closed for an extended period of time to carry out essential repairs on the venue, sets, costumes.

Following Cameron Mackintosh’s announcement that his four major West End musicals – Les Misérables, Mary Poppins, Hamilton and The Phantom of the Opera – would not reopen until 2021, it was has now been confirmed that Phantom will not reopen until mid 2021.

Producer Cameron Mackintosh and Andrew Lloyd Webber’s Really Useful Group put out a joint statement saying that “over the last few months of the London run and since the enforced closure of The Phantom of the Opera due to Covid-19 [they have] undertaken a number of specialist inspections to see how much repair and maintenance work is needed to be done to the physical production and the theatre. The conclusion is that unfortunately the work is so considerable, a period of extended closure is urgently needed.”

It added: “The set of this, the original production, is now over 34 years old and unsurprisingly many of the scenic elements are coming to the end of their natural life which was never envisaged to be as long as this when first built. LW Theatres, operator of Her Majesty’s Theatre, also need to attend to a number of remedial works on this historic building that for the last four decades has only been able to undertake decorative work.”

The Phantom of the Opera is based on Gaston Leroux’s 1910 gothic French novel of the same name about a disfigured composer, who lives in the bowls of the Paris Opera house, and falls in love with a young singer with devastating consequences. The smash-hit musical premiered in the West End in 1986 and on Broadway in 1988 winning three Olivier and  seven Tony Awards including Best Musical for both.

The Phantom of the Opera is the 2nd longest running musical and 3rd longest running production in London’s West End history. The show is one of the most successful musicals of all time having been seen by over 130 million people and grossed over 6-billion dollars worldwide.

It is understood that all employees on the production, including on stage and off, have been released from their contracts because of the closure.

A new opening date for the The Phantom of the Opera is to be announced.

Tags: The Phantom of the Opera

TV adaptation of ‘The Phantom of the Opera’ in development

‘The Phantom of the Opera’ UK & Ireland tour cancelled