Richard Fleeshman to star in Ghost

Casting announced for Ghost the Musical: Richard Fleeshman and Caissie Levy to join Sharon D Clarke at the Piccadilly Theatre

Major new West End show Ghost the Musical, based on the Oscar-winning movie, has announced its full cast line-up.

Fresh from playing Warner in Legally Blonde at the Savoy Theatre, Richard Fleeshman (Coronation Street) is to take the lead as Sam in the musical, originally played on screen in the Oscar-winning  movie by the late Patrick Swayze.

Playing the Demi Moore role of Molly will be hot Broadway starlet Caissie Levy, who recently appeared in Hair in London and in New York and has also featured in Hairspray, Rent and Wicked.

The show, which opens at the Piccadilly Theatre from 22 June 2011, will be directed by Matthew Warchus, who is enjoying current success in London with his new production of Deathtrap, and on Broadway with La Bete.

Joining Fleeshman and Levy will be West End star Sharon D Clarke as Oda Mae Brown, played in the movie by Whoopi Goldberg, and Andrew Langtree as Carl.

Music and lyrics for the show have been composed by legendary pop and rock writers Dave Stewart (Eurythmics) and Glen Ballard (writer of Michael Jackson’s Man in the Mirror). The show will also feature the classic song from the movie, Unchained Melody. Ghost The Musical will be designed by Rob Howell, with illusions and stage effects by Paul Kieve (Harry Potter and the Prisoner of Azkaban) and a script by the original Oscar-winning screenplay writer Bruce Joel Rubin.

VIDEO: Watch a trailer for Ghost The Musical

Richard Fleeshman
Richard has most recently been seen on stage playing Warner Huntington III opposite Sheridan Smith in Legally Blonde The Musical. He is best known on television for his roles in Coronation Street in which he played Craig Harris for four years and, more recently, Debbie Horsfield’s All the Small Things for the BBC. As a musician Fleeshman was the youngest contestant to win ITV’s Stars in Their Eyes Celebrity Special. Later, in 2006, he won ITV’s Soapstar Superstar. In 2008 he accompanied Elton John on his Summer Stadium and Red Piano tours. His album Neon was released in 2007 followed by singles Coming Down, Hold Me Close, Back Here and Can You Hear Me?

Caissie Levy
Caissie has most recently been seen on stage on Broadway and in the West End in the leading role of Sheila in the New York Public Theatre Cameron Mackintosh production of Hair. Levy made her Broadway debut as Penny Pingleton in Hairspray, a role she recreated on tour in the US. She went on to play Maureen Johnson in the US tour of Rent and in 2008 starred as Elphaba in the Los Angeles production of Wicked.

Sharon D Clarke
Sharon has most recently been seen on stage in the West End as Motormouth Maybelle in Hairspray at the Shaftesbury Theatre. She has played Charity in Mother Goose at the Hackney Empire, Mama Morton in Chicago at the Adelphi Theatre, Killer Queen in We Will Rock You at the Dominion Theatre and Rafiki in The Lion King at the Lyceum Theatre as well as roles in The Vagina Monologues at the Hackney Empire and Once on This Island for Nottingham Playhouse, Birmingham Rep and the Hackney Empire. Clarke was a judge on the BBC’s The Last Choir Standing and has performed regularly as Lola Griffin on Holby City also for the BBC.

Andrew Langtree
Andrew has previously been seen on stage in the leading role of Sky in the original London production of Mamma Mia! He has worked extensively at Manchester’s Royal Exchange Theatre in productions including The Glass Menagerie, London Assurance and Six Degrees of Separation. At the National Theatre he has been seen in The Rose Tattoo, at Glasgow Citizens Theatre in The Resistible Rise of Arturo Ui and in the West End in Blood Brothers and Fame. On television his credits include Doctors, Heartbeat, Cutting It and Coronation Street and he has most recently been seen playing Justin Gallagher on Emmerdale. On film he has been seen in De Lovely. 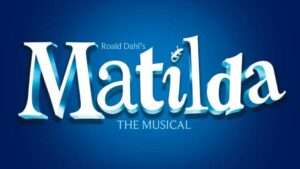 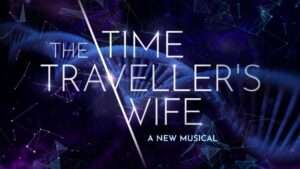 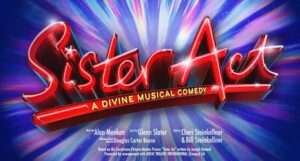 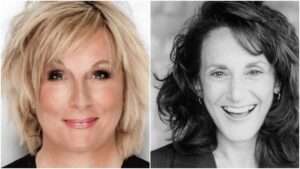 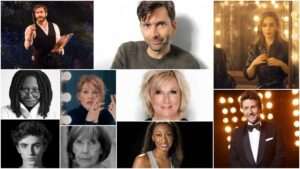