Fresh from receiving a British Film Institute Fellowship this week, director Danny Boyle has announced his cast for Frankenstein at the National Theatre, playing in the Olivier from February 2011.

Benedict Cumberbatch returns to the venue following his much-praised turn in Terence Rattigan’s After the Dance, and will be alternating the roles of Dr Frankenstein and his monster with movie star Jonny Lee Miller.

This creative casting is in-line with Boyle’s promise to create a fresh new approach to theatre through this production. The adaptation of Mary Shelley’s classic Gothic novel has been reimagined by Nick Dear and told from the point of view of the monster.

Boyle, who has spent the last 15 years in film and won an Oscar last year for Slumdog Millionaire, has a previous history in theatre, having worked for the RSC and Royal Court, including productions of Howard Barker’s Victory, Howard Brenton’s Genius and Edward Bond’s Saved. Boyle, along with former Royal Court head Stephen Daldry, is also charged with creating the opening and closing ceremonies of the London 2012 Olympics.

Earlier this year Benedict Cumberbatch played the lead in Thea Sharrock’s acclaimed production of Terence Rattigan’s After The Dance at the National Theatre. This year he has also become a household name by playing Sherlock Holmes in the hugely popular BBC series based on Conan Doyle’s books. Forthcoming roles include Steven Spielberg’s film version of the National Theatre’s War Horse, currently playing at the New London Theatre in the West End. Past stage roles include work for the Open Air Theatre and the Almeida – including an Olivier Award nomination for his performance in Hedda Gabler in 2005.

Jonny Lee Miller worked with Boyle in his 1996 break-out movie Trainspotting, and has gone on to cover a number of stage roles including Beautiful Thing (Bush Theatre), Festen (Almeida and Lyric Theatre), Someone Who’ll Watch Over Me (Ambassador’s Theatre) and After Miss Julie on Broadway.

The play’s adaptor, Nick Dear, covers the world’s of theatre, film and TV. At the National Theatre his plays Summerfolk and Power have been staged, plus The Art of Success at the RSC. Screenwriter credits include Agatha Christie’s Poirot and Lewis.

Frankenstein in the Olivier Theatre at the National Theatre will start previews from 5 February with press nights on 22 and 23 February, and the show is currently booking until 17 April, with further dates to be announced. The show is suitable only for 15 years+. Public booking for Frankenstein opens on 1 December 2010.

A series of special Platforms talks called ‘Beyond Frankenstein’ will run alongside the production: Frankenstein on Film on  24 February looks at Hollywood and the Frankenstein story; Frankenstein’s Science on 4 March sees Dr Brian Cox talk to Richard Holmes about the science behind Mary Shelley’s creature; Frankenstein’s Creator: Mary Shelley on 15 March sees acclaimed biographer Claire Tomalin discuss the life of the author of Frankenstein; and Josephine Hart presents Romantic Poetry on 15 April, revealing the works of Shelley, Byron and their Romantic contemporaries.

Frankenstein will also be broadcast live to cinemas across the UK and around the world on 17 March as part of National Theatre Live.

Book tickets to Frankenstein at the National Theatre

A £10 million  donation from Travelex founder Lloyd Dorfman towards the redevelopment of the National Theatre, will see  the Cottesloe Theatre renamed in his honour. The gift will form the cornerstone of the £70 million the venue needs to raise to complete its NT Future project. The donation is the largest ever given to the National and will see the studio space, called the Dorfman Theatre, enlarged. An enjoining room will be called the Cottesloe Room.

Dorfman’s Travelex company has supported the National for the last 8 years through its Travelex £10 tickets season. 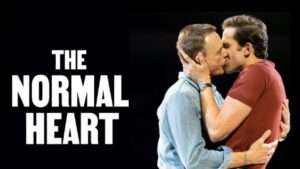