Andrew Lloyd Webber has announced a major new production of Cinderella will open in London’s West End in September 2020.

The legendary composer behind hits such as The Phantom Of The Opera, CATS & EVITA has written a fresh new score for the musical which is described as a complete reinvention of the classic fairytale.

Punters can expect the unexpected as the show is based on an original idea and book from Emerald Fennell, the Emmy Award nominated lead scriptwriter of the second season of Killing Eve.

Lloyd Webber has drafted in multi-award winning Broadway lyricist David Zippel (City of Angels) to write the lyrics with School of Rock alum Laurence O’Conner and JoAnn Hunter boarding the creative team as director and choreographer.

Andrew Lloyd Webber said: “I have long wanted to write my own version of Cinderella but could never find a take on the classic story that really grabbed me. Emerald Fennell has written something truly exciting and original, and the moment I read her outline I knew I’d found my latest collaborator. I’m very pleased to be working with David Zippel, a hugely witty lyricist, once again.

I’m also excited to be reunited with Laurence and JoAnn, who I loved creating School of Rock with and who delivered a knock out Joseph last Summer at The London Palladium, where it rightfully returns in June.”

The creative team held an informal workshop of the production late last year with West End actress Carrie Hope Fletcher (Les Miserables, Heathers) performing the title role. Casting for the West End production will be announced in due course.

Cinderella will receive its world premiere at the Gillian Llynne Theatre in September 2020 withe exact dates to be announced. 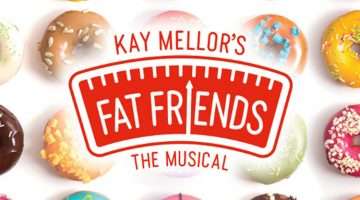