The Call Me By Your Name and Lady Bird actor will make his London stage debut as Leo, a 21-year-old boy who unexpectedly turns up at the door of his 91-year-old grandmother, played by Atkins, seeking solace after he suffers a major loss.

Atkins most recently appeared on stage in the Broadway transfer of “The Height of The Storm‘ and on television, as Queen Mary in Netflix drama The Crown. A three-time Olivier Award winner, she has appeared in over 30 films including Gosford Park, The Hours, Cold Mountain, The Dresser, Magic in the Moonlight and Paddington 2 and over 25 television dramas.

Herzog’s dramatic comedy will be directed by Matthew Warchus with design by Rob Howell, lighting by Hugh Vanstone and sound by Simon Baker.

Further casting will be announced in due course.

Tickets for 4000 miles are now available 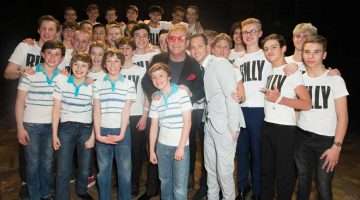