Everybody's Talking About Jamie is booking until 29 August 2020

Producers of the West End production of Everybody’s Talking About Jamie have announced the show will extend its run at the Apollo Theatre in London. The hit musical is now booking until 29 August 2020.

An open casting call was also announced for the title role of Jamie New. An open call will be held at The Crucible Theatre in Sheffield on 8 October 2019 and the Apollo Theatre in London on 10 October 2019.

The production is also accepting video submissions of hopefuls singing the first 16 bars of “…And You Don’t Even Know It,”. Send submissions to jamiecasting@nimaxtheatres.com.

The musical is currently lead by Layton Williams (Rent, Thriller Live, Billy Elliot) who leaves the show early next year to headline the Jamie national tour which kicks off at the Lyceum Theatre in Sheffield on 8 February 2020.  Shane Ritchie (EastEnders) will join Williams on the tour reprising his role as Hugo / Loco Chanelle.

The hit musical features music by Dan Gillespie Sells, book and lyrics by writer Tom MacRae with direction by Jonathan Butterell and design by Anna Fleischle.

The show is currently being made into a major film, starring Max Harwood, Richard E. Grant, Sharon Horgan and Sarah Lancashire

Everybody’s Talking About Jamie is booking until 29 August 2020 at the Apollo Theatre, London. 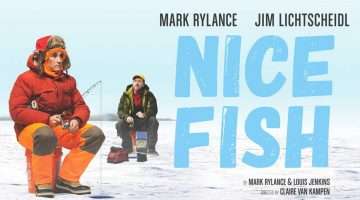