Opening this week in London 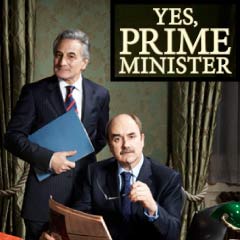 Caroline O’Connor – The Showgirl Within opens at the Garrick Theatre. The international award-winning musicals star Caroline O’Connor is back in London with a new one-woman show following sell-out seasons in New York and Sydney. BOOK TICKETS

Traces opens at the Peacock Theatre. After a sell-out run in 2009, The 7 Fingers return to London with their fresh, urban and seriously high-energy smash-hit circus show Traces. Circus with a distinctly 21st century edge. BOOK TICKETS

Hamlet starts previews at the National Theatre. Following his celebrated performances at the National in Burnt by the Sun , The Revenger’s Tragedy , Philistines and The Man of Mode, Rory Kinnear plays Hamlet, joined by Clare Higgins as Gertrude, Patrick Malahide as Claudius and David Calder as Polonius.

All My Sons at the Apollo Theatre. Howard Davies’ powerful production of Arthur Miller’s classic play comes to an end at the Apollo, starring David Suchet and Zoe Wanamaker.

Les Miserables at the Barbican Theatre.