Get ready to shake your tail feather as Europe’s biggest and best-loved production of the Blues Brothers ‘The Chicago Blues Brothers’ will play the Savoy Theatre in London’s West end for one night on 4th August 2019.

Starring Chris Hindle (Jake) and Gareth Davey (Elwood) the award-winning show presents the best material from the original Blues Brothers movies, capturing the sound, energy and persona that propelled the film to a cult status and that still thrills audiences worldwide today.

Featuring blues, soul, Motown and funk classics with a few surprises thrown in along the ‘The Chicago Blues Brothers’ is jam-packed full of songs by legends such as Aretha Franklin, James Brown, Otis Redding, Ray Charles, Tina Turner, Cab Calloway – plus many more.

Backed by the multi award winning CBB Band and the Sweet Soul Sisters, a new stage set and state of the art full stage projection this joyous musical riot of a show is not to be missed. 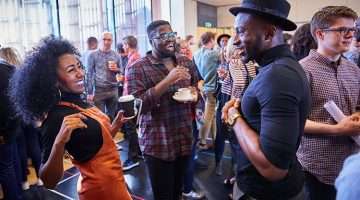