The production is booking through to April 2020

Parton said: “I couldn’t think of a better date to announce that the West End run of the show will be extending in to 2020 with a further 300,000 tickets now on sale, that’s almost more tickets than I have rhinestones on my outfits!”

Critics have largely praised the musical adaptation of the hit 80s film in which three harassed office workers rebel against their sexist and egotistical boss.

The feel-good musical comedy is written by Patricia Resnick, with music and lyrics by Parton including her hit song 9 to 5.

Redknapp is due to leave the production on 29 June with her replacement yet to be announced.

A second production of the hit musical will play 11 cities throughout the UK and Ireland, opening at the Alexandra Theatre Birmingham on 6 September 2019. 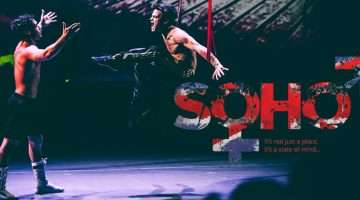 Soho – It’s not just a place but a state of mind! at the Peacock Theatre