Magic Mike Live in London is booking until 5 January 2020.

Magic Mike Live is to extend its run at the London Hippodrome Casino.

Conceived and co-directed by Channing Tatum, Magic Mike Live is a large-scale production based on the hit films Magic Mike and Magic Mike XXL.

Billed as a 360-degree dance and acrobatic spectacular, the live entertainment show features sexy dance routines intertwined with one-of-a-kind acts and acrobatics, presented by a diverse cast of performers from around the world.

Ticket holders must be 18+ to attend the show, which is in the Hippodrome’s intimate, 325-seat purpose-built performance space.

The show has choreography by Faulk, Espinosa and Luke Broadlick with design by Rachel O’Toole, scenic design by Rob Bissinger and Anita LaScala, costume design by Marina Toyvina, lighting by Philip Gladwell and video design by Luke Halls.

Magic Mike Live opened at the Hippodrome Casino in London’s Leicester Square in November 2018 and is now booking through to 5 January 2020.

Tickets for the new booking period are now on sale. 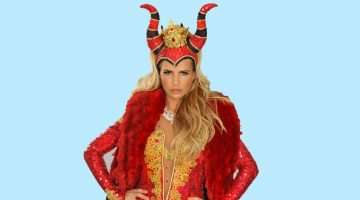 Katie Price gets into Panto