Janet Dibley will star in the UK touring production of Henry James’ iconic, genre-defining, ghost story Turn of the Screw.

Dibley, who is also known for her television work in Eastenders, Doctors, Broadchurch and more recently Coronation Street will play the role of The Governess.

Set in the mid 1800s, Turn of the Screw is about a governess compelled to account for events that occurred many year prior whilst she looked after two young children at a seemingly idyllic country house.

This new adaptation of Henry James’ seminal tale, the original inspiration for Susan Hill’s The Woman in Black and a number of films, has been described as a masterclass in stage-craft, with a deliciously atmospheric set and lighting design and an evocative soundtrack. The piece deftly retains the ambiguity of James’ original, and lets you draw your own conclusions about the events at Bly and where guilt resides. 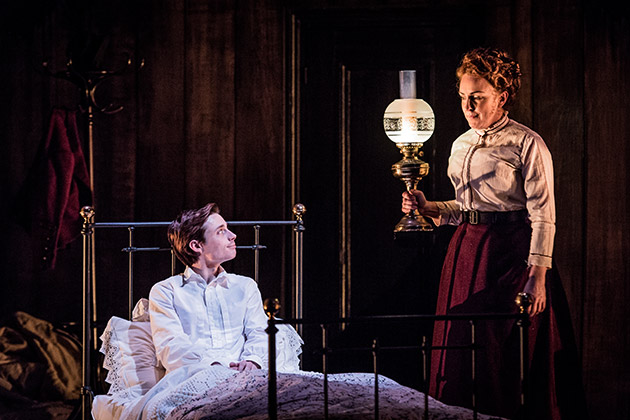 The production, which previously toured in 2018, will see Maggie McCarthy (BBC series Call The Midwife) reprise the role of Mrs Grose. Further casting to be announced.

Turn of the Screw will open at Exeter Northcott Theatre, playing from 28 March until 30 March, and will then travel to Basingstoke, Nottingham, Perth, Bromley, Doncaster, Derby, York Dublin and Oxford.