Sam Mendes’ acclaimed production of The Lehman Trilogy is to transfer to the Piccadilly Theatre in London’s West End.

Ben Power’s adaptation of Stefano Massini’s text looks at two centuries of the Lehman family, from the moment a young man from Bavaria arrives in New York, to 163 years later when the firm he and his brothers established collapses.

The production, which concluded a sell-out run the National Theatre last week starred Simon Russell Beale (The Death of Stalin, Mr. Foote’s Other Leg, Privates on Parade), Adam Godley (Mouth to Mouth, Moonfleet) and Ben Miles (The Romanoffs, The Crown), who will all reprise their roles for the West End run.

The show will now transfer to Park Avenue Armoury in New York, before returning to the Piccadilly Theatre for a 12-week run which opens on 11 May 2019.

Sam Mendes said: “The Lehman Trilogy was developed over three years without the constraint of a schedule, or even a destination – I was allowed time to find its form, and to build a wonderful team with which to make it.

“We are indebted to the National Theatre and the Park Avenue Armory for their unstinting support throughout, and I couldn’t be more excited to show it to New York audiences and to be extending our London life in the West End.” 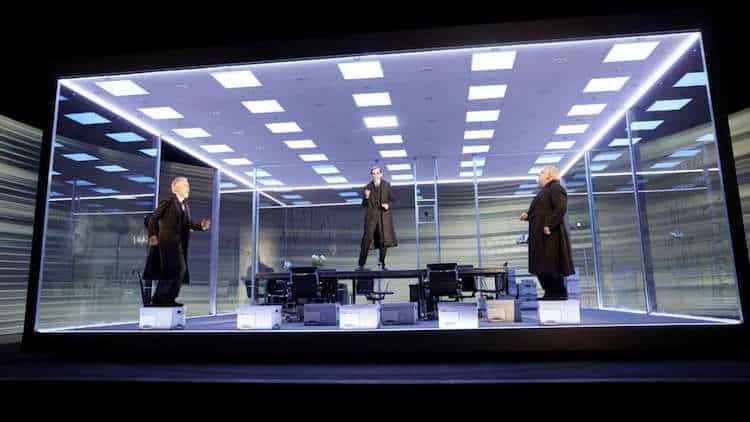