The official poster for the highly anticipated world premiere of All About Eve starring Gillian Anderson and Lily James has been released.

The production opens in London this February and will play a limited 14 week run at the Noel Coward Theatre.

Ivo van Hove’s stage adaptation of the classic Academy Award winning film, promises a razor-sharp, unsettling exposé of the eternal obsession at the heart of show-business.

All About Eve will have set and lighting design from Ivo van Hove’s long-time collaborator Jan Versweyveld, costume design by An D’Huys and music from double Mercury Prize-winner PJ Harvey, alongside Tom Gibbons’ sound design.

Book tickets to All About Eve 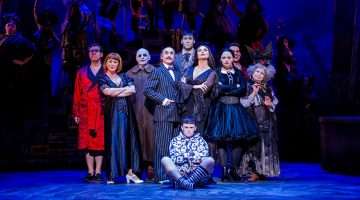