The cast also includes Anna Francolini (Peter Pan, wonder.land) as Shirley Hastings, the hilarious former dancer who will do whatever it takes to ensure her son Scott succeeds; Gerard Horan as Barry Fife, the corrupt ruler of the ballroom-dancing world and Richard Grieve (Neighbours, Emmerdale and Priscilla Queen of the Desert) as Scott’s uncle and dance teacher Les Kendall. 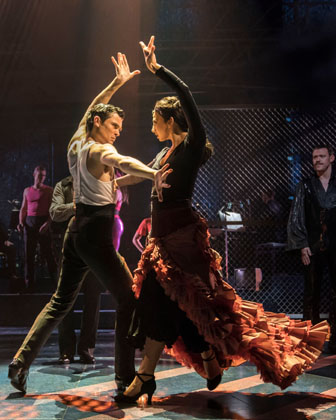 Strictly Ballroom The Musical is booking until 21 July 2018 at the Piccadilly Theatre, London.