Into The Woods – Reviews Round-up

Into The Woods - Reviews Round-up

Into The Woods at the Open Air Theatre, Regent’s Park 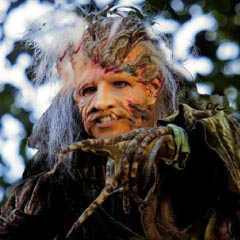 Hannah Waddingham in Into the Woods

It seems that the Open Air Theatre in Regent’s Park has delivered again. After last summer’s enormously popular revival of Hello Dolly!, this year they have taken on Stephen Sondheim in tribute to his 80th year.

As the critics almost unanimously agree, a staging of Sondheim’s Into the Woods in the middle of Regent’s Park is an inspired setting, with Soutra Gilmour’s set winning much praise from the critics.

As does Timothy Sheader’s direction, with some light adapting of the original (making the narrator a young boy) to ensure that awards should follow.

And to seal its success – a cast to die for, including Michael Xavier having fun as the Prince and the Wolf before moving on to Love Story at the Duchess, the mischievous and hilarious Beverly Rudd as Little Red Riding Hood, and the Sondheim Babes – Hannah Waddingham and Jenna Russell – working their magic.

nto the Woods at the Open Air Theatre in Regent’s Park.

Evening Standard, Henry Hitchings
★★★
SUMMARY: “I have mixed feelings about this year’s offering: an intermittently delightful yet unsatisfying rendition of Stephen Sondheim’s Into the Woods.
THE MATERIAL: “The challenge posed by this zany, rather didactic work lies in reconciling its elements of darkness, humour, Freudian symbolism and existential poignancy.”
THE DIRECTION: “Timothy Sheader’s interpretation, while stylish and good-looking, suffers from a mixture of stridency, undercooked comedy and patchy singing.”
THE CAST: “There are redeemingly strong performances. Although Hannah Waddingham’s sassiness is underexploited, she’s a potent presence, and Jenna Russell is achingly precise, while Michael Xavier’s wolf is priapic and exciting.”
THE CREATIVES: “A consistent strength is Soutra Gilmour’s design… The production’s aesthetics invoke Vivienne Westwood, Russell Brand and Tim Burton. It’s a heady mix, indicative of both creative verve and a problematic lack of clarity.”
NEGATIVES: “Into the Woods… contains too many songs, too many of which are underdeveloped. It’s declamatory where it needs to be dramatic. Musically and texturally uneven, this is a show that oscillates between excellence and mediocrity.”

The Guardian, Michael Billington
★★★★
SUMMARY: “A flawed musical has been intelligently reclaimed as a late-summer night’s dream that suggests fantasy is the first refuge of the psychologically damaged.”
THE MATERIAL: “Of the three shows with music and lyrics by Stephen Sondheim and book by James Lapine, this has always been the most popular, and the most problematic. The stock charge is that a punchy first half is followed by a preachy second.”
THE DIRECTION: “Timothy Sheader’s dazzling revival solves the difficulty in two ways: by exploiting the scariness of the park after dark, and by seeing the action through the fevered imagination of a boy narrator.”
THE CREATIVES: “Soutra Gilmour’s design also brilliantly exploits the sinister beauty of the outdoor setting.”
THE CAST: “Vivid impressions are also made by Hannah Waddingham as a witch who caresses her daughter with long, prehensile claws, and by Mark Hadfield and Jenna Russell as the fractious baker and his wife.

Daily Telegraph, Charles Spencer
★★★
SUMMARY: “For all its faults, the strength of the company, Sheader’s witty direction and, above all, the spectacularly-lit woodland location, ensure that this fairy-tale musical casts a pretty potent spell.”
THE DIRECTION: “Timothy Sheader’s outstanding revival”.
THE MATERIAL: I recognise that Sondheim is a splendidly ingenious composer and lyricist, and that many of his songs are among the finest to have been written in the past half century. But with the exception of his masterpiece, Sweeney Todd, there is often a curious aridity and a flashy, self-advertising cleverness about his musicals, combined with cumbersome and sometimes downright pretentious plot-lines.
THE CAST: “Mark Hadfield and Jenna Russell are both deeply touching as the Baker and his wife… Beverly Rudd is a chunky, spunky Little Red Riding Hood…
THE CREATIVES: “Designer Soutra Gilmour has come up with a marvellously rickety, adventure playground of a set, all ladders, stairs and elevated walkways.”
NEGATIVES: “But in the second half the musical falls apart. James Lapine’s book becomes an increasingly confused mess of plottage, and after a host of characters have been killed off, the big climactic anthem, assuring us that No One Is Alone seems as dishonest as it is trite, offering the kind of schmaltzy Broadway uplift Sondheim usually scrupulously avoids. At three hours this often repetitive show would also benefit from cuts.”

The Times, Sam Marlowe
★★★★
SUMMARY: “Timothy Sheader’s glorious production of Stephen Sondheim’s intricate reworking of a handful of Grimm tales… is spellbinding.”
DIRECTION: “Sheader’s fresh, attentive interpretation balances fantastical fun with a poignant sense of the nightmare terrors of childhood… His masterstroke is to replace the show’s Narrator with a modern runaway boy, fleeing unhappiness at home.”
THE MATERIAL: “Sondheim’s score, gorgeously melodic and spikily rhythmic, sounds splendid and James Lapine’s book is vividly realised in fine performances.”
THE CAST: “Mark Hadfield is a heart-warming Baker and Jenna Russell sublime as his Wife”.
THE CREATIVES: “Soutra Gilmour’s ingenious scaffold set, with witty, expressive movement by Liam Steel, it is ravishing theatrical storytelling.”
NEGATIVES: “The inclusion of Our Little World, written for the show’s London opening in 1990, slows down a long first half, and very occasionally the singing falters.”

The Stage, Mark Shenton
SUMMARY: “the most satisfying and revelatory version of this show I’ve seen since Richard Jones’ brilliant London staging in 1990.”
THE THEATRE: “This is the most magical space I’ve ever seen this show in.”
THE DIRECTION: “Timothy Sheader, co-directing with movement director Liam Steel, gives it a dream of a production, literally so – the show is conjured as a child’s fantasy, with the narrator turned into a little boy playing it out in his head.”
THE CAST: “The stunning ensemble cast is one of the finest in town… Jenna Russell continues to mine a heartbreaking sincerity. There are also striking contributions from, amongst others, Hellen Dallimore as Cinderella and Michael Xavier as her prince, Mark Hadfield as the Baker, and Ben Stott and Marilyn Cutts as Jack and his mother.” 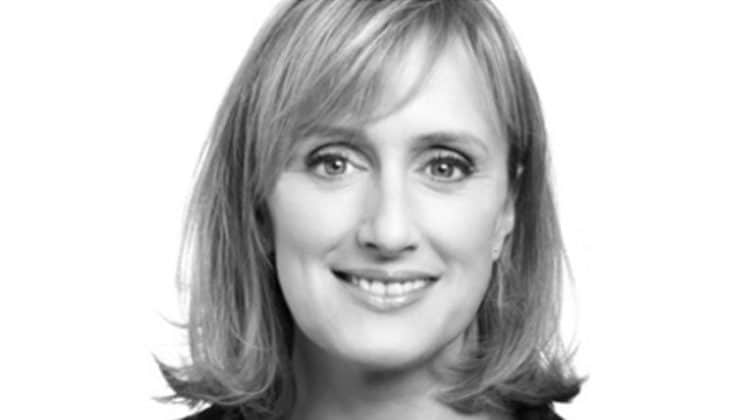 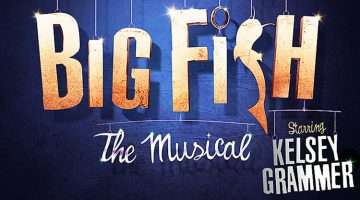 Big Fish The Musical at The Other Palace Theatre