The hit musical will play 50 West End performances only!

Tim Firth’s new musical The Band will transfer to London’s West End for a limited season this Christmas.

Following a massive sell-out UK tour, reported as one of the fastest selling musical tours of all time, the hit show will play 50 performances from 1 December at London’s historic Theatre Royal Haymarket.

The new musical has an original story by Olivier award winning scribe Tim Firth (Calendar Girls,The Girls) and features some of Take That’s greatest hits including “Could It Be Magic”, “The Flood”, “Greatest Day” and “A Million Love Songs”.

The story follows a group of five young girls in the 90s for who ‘The Band’ is everything. Fast forward 25 years, the once inseperable girls reunite to see their heartthrobs one last time in what could be the greatest day of their lives.

Audience reactions from the tour have been phenomenal with standing ovations every night! Tim Firth and the boys from Take That have managed to create a musical that will have you wanting to go back again and again..

The Band is booking from 1 December 2018 until 12 January 2018at the Theatre Royal Haymarket. 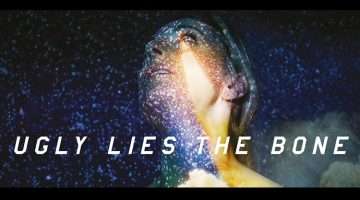 Ugly Lies the Bone at the National Theatre