Benedcit Cumberbatch has been appointed President of the London Academy of Musica & Dramatic Art (LAMDA).

The Sherlock actor takes over from actor Timothy West who steps down after 31 years in the role. 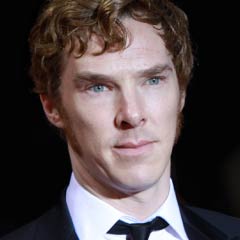 Benedict Cumberbatch said ‘Having trained at LAMDA, I am thrilled to have been appointed as its new President and would like to thank my predecessor, the great Timothy West for his remarkable and steadfast tenure.”

He added “It will be an honour to watch the next generation of actors, directors and technicians blossom and grow into outstanding creative artists and theatre professionals.“

Cumberbatch graduated from LAMDA with an MA in Classical Acting in 2000 and has since become one his generation’s most respected actors on stage and screen.

Dominic’s theatre credits include Hamlet at the Barbican, Danny Boyle’s National Theatre production of Frankenstein for which he won an Olivier Award for Best Actor and Thea Sharrock’s National Theatre, award winning Rattigan revival After the Dance.

Outgoing President of LAMDA, Timothy West said “I joined LAMDA as a Trustee in 1980 and have watched its monumental growth over those 37 important years; and I now feel that, while links with the past are in some ways beneficial, links with the future are what really counts.”

West added “LAMDA’s President now should, I feel, be a visible and potent power in our profession. I wish for [Cumberbatch] the same pleasure, pride, fellowship and enjoyment that has always been mine as LAMDA’s President.’

Located in West London, LAMDA is a world-leading conservatoire which offers vocational training to actors, stage managers, technicians and directors.