It was a good night for Shakespeare yesterday at the Whatsonstage Theatregoers Choice awards, held at the Prince of Wales theatre in London.

There were a number of awards for the Donmar’s Othello, including Best Shakespearan production, best director for Michael Grandage and best supporting actor for Tom Hiddleston. Also the RSC’s Hamlet received gongs for best regional production and theatre event of the year – to celebrate David Tennant’s performance and return to the stage.

As is often the case with awards chosen by the public, the spread of shows and talent was very wide, ranging from awards for musicals La Cage Aux Folles, West Side Story and Jersey Boys, to plays Under the Blue Sky, Fat Pig and The Female of the Species.

Kenneth Branagh must also be particularly delighted to have received best actor for Ivanov after being passed over by the Olivier Awards panel. 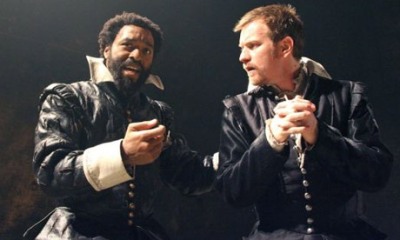 Best Actress in a Play – Katy Stephens – The Histories, RSC at the Roundhouse

Best Ensemble Performance – Into the Hoods – at the Novello

The Best Shakespearean Production – Othello – at the Donmar Warehouse

Best Lighting Designer – Malcolm Rippeth – Brief Encounter at The Cinema, Haymarket & Six Characters in Search of an Author at the Gielgud