The Old Vic’s recent revival of Yasmina Reza’s Moliere, Evening Standard, Olivier and Tony Award winning study of friendship, prejudice and tolerance will embark on a UK tour in 2018.

Producer David Pugh said, “It is twenty years since Dafydd [Rogers] and I first produced the comedy masterpiece ART in the West End, and the original post-London tour played for 78 weeks.  This time, we want to break our own record; in fact, we want to play as many theatres as Sir Ken Dodd has played in his wonderful career, and with this marvellous cast, we think we have every chance!”

Based on the original production by Matthew Warchus, ART will be directed by Ellie Jones, with design by Mark Thompson, lighting by Hugh Vanstone, sound design by Mic Pool, original music by Gary Yershon, fight direction by Terry King and casting by Sarah Bird CDG.

Dawn French to star in Snow White at the London Palladium 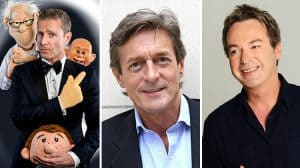 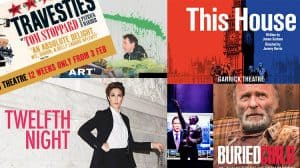 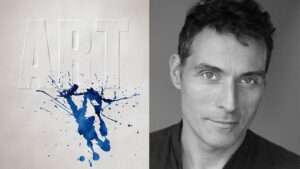 Tim Key, Paul Ritter and Rufus Sewell to star in ART at the Old Vic