Casting announced for Lyric Hammersmith’s Jack and the Beanstalk

Award-winning comedian, composer and BBC Proms presenter, Vikki Stone returns to the Lyric Hammersmith’s pantomime for the second year in a row to play the role of Fleshcreep, joining Cherrelle Skeete who will play the Fairy Godmother, and who is currently rehearsing at the Lyric in the forthcoming production of The Seagull.

Other cast members include: Kayla Meikle who will play Daisy the Cow and Faith Omole who will play Jack. The ensemble is built up of six young performers, as part of the Lyric Hammersmith’s commitment to nurturing young talent.

Classic fairytale Jack and the Beanstalk gets the full Lyric treatment this panto season with some crazy characters, live music, dancing, singing and loads of laughs.

Jack and the Beanstalk has been written by Joel Horwood and is co-directed by the Lyric Hammersmith’s Artistic Director, Sean Holmes and Jude Christian, an Artistic Associate of the Lyric.

Click here for more information of Jack and the Beanstalk

Jack and the Beanstalk will run from the 18 November 2017 until 6 January 2018 at the Lyric Hammersmith. 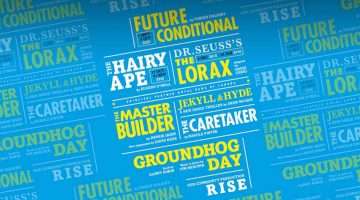