Was it curtains for Death Takes a Holiday? 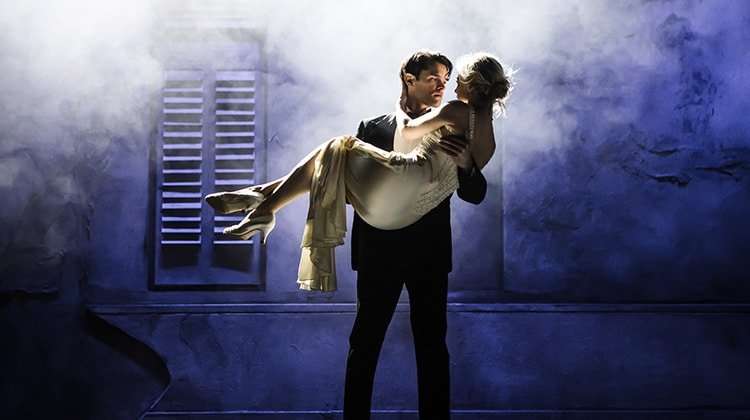 A reviews round-up for Death Takes a Holiday at the Charing Cross Theatre.

Based on the play that inspired Brad Pitt’s ‘Meet Joe Black’, ‘Death Takes a Holiday’ finds the Grim Reaper (Chris Peluso) encountering someone who makes him falter in his culling activities. After sparing Grazia Lamberti (Zoe Doano) he then appears at her family home disguised as a Prince to try and understand what makes life so precious and death so feared – and in the process falls in love.

A daring and unusual musical, Southerland’s production is beautifully staged as a gothic romance. Yeston’s sumptuous score, played by a 10-piece band, is given life by a superb cast of singers led by Chris Peluso and the soprano Zoe Doano, however the weakness highlighted by most is the book and the thinly drawn characters.

Here’s a round-up of the reviews from The Guardian, Telegraph, Evening Standard, The Stage, Independent and TimeOut.

“Morgan Large’s designs have a weathered beauty. Chris Peluso and Zoë Doano as the leads have the right air of mutual fixation, Helen Turner shines as a shimmying flapper, and Gay Soper and Anthony Cable are touching as the romantic oldsters. But, in laying on the charm, the show finally robs death of its sting.”

“It’s sometimes hard to keep a straight face, as when Death complains about his work-load.”

“A strange and stirring chamber musical. There are problems in this show with the tone, which veers between the rapturous and the ridiculous (sometimes managing to be both at once) and these prove, in my view, insurmountable.”

“One of Yeston’s greatest gifts as a composer is for the lush, yearning romanticism that here infuses the music so thrillingly sung by Chris Peluso and Zoe Doano in rich, glittering voice. In numbers such as ‘Alone Here With You’ and ‘More and More’ the sheer outpouring of ardent sound by this pair and the sumptuous emotional turmoil whipped up by Dean Austin and his 10-piece band are a marvel.”

“Perhaps not the ‘breathtaking new musical’ heralded by the show’s (ironically worded) strapline, but an interesting and intrepid one never the less.”

“If we see a more peculiar musical in London in 2017 than Death Takes a Holiday I’ll tap-dance my way to Rio.”

“Just as there’s no preparing for death, so there’s no real preparation for Yeston’s incarnation of the tale. You just have to suck it and see. Some may suck it and savour. I couldn’t wait to spit it out. Yeston’s forte lies in creating lush, romantic sounds; soaring strings, lung-testing crescendos. Technically, his score is tremendously accomplished, yet the earnestness is so trowelled-on, it almost resembles parody. Are we supposed to care or snigger?

“With a greater air of knowingness – more levity, less gravity, more Woody Allen, less Andrew Lloyd Webber (there are distinct shades of Phantom lurking in the billowing dry-ice) – the evening could be a multi-faceted hoot. As it is, I found it nicely sung (especially by leads Chris Peluso and Zoe Doano), nicely costumed, nicely designed piffle of the highest order. In fact, pretty much dead on arrival.”

“The music is sumptuously played by a 10-piece band under Dean Austin, while a cast of superb singers, led by the robustly-voiced Chris Peluso as Death and the shimmering soprano Zoe Doano as the fiancee, offer a ravishing account of the songs. It is sometimes said that the devil has all the good tunes; here, death has only some of them.”

“Southerland’s staging is pure gothic romance. The set – a blue-hued, vine-covered Italian villa – is backlit like it’s going out of fashion, and the cast’s clothes are increasingly funereal.”

“Yeston gets a lot of mileage out of the show’s premise in his music. He mixes the baroque and the comic, with some affecting lyrics. Thomas Meehan’s and Peter Stone’s book, meanwhile, just about undercuts those moments when everything starts to feel like a Bonnie Tyler music video served with a side of ham.”

“Southerland’s focus on the story’s stylish intensity never quite diverts attention away from its inherent silliness. ”

“The book, by Thomas Meehan and Peter Stone, is simultaneously overwrought and undercooked. The characterisation is weak, and there are moments of tonal uncertainty — pathos mingles with a camp humour that prompts some awkward laughter.” 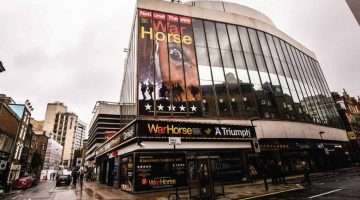