Over the Rainbow’s Sophie Evans off to Oz

Who says that it’s all about winning?

Over The Rainbow runner-up Sophie Evans is set to make her West End debut next year playing Dorothy in Andrew Lloyd Webber’s multi-million pound new production of The Wizard of Oz at the London Palladium.

Sophie, 17 and from Tonypandy in Wales, will take over from Over The Rainbow winner Danielle Hope every Tuesday evening and the week of 2 May and the 5 to 17 September, when Ms Hope will be on holiday.

Lord Lloyd-Webber and producer Bill Kenwright made the announcement yesterday at the Wales Millennium Centre in Cardiff Bay. Lloyd Webber’s controversial decision comes in an attempt to learn lessons from his previous TV casting experiences. “People do get sick,” he said, referring to Connie Fisher, star of his 2006 production of The Sound of Music, who was also cast from a BBC One TV show. “[She] had very bad flu and sang through it which she shouldn’t have done, so she was off for a couple of weeks. We didn’t want a repetition of that. We have a responsibility to the girls as well as the audiences”.

Already a number of the other Over The Rainbow finalists have secured parts in shows, including Lauren Samuels, who makes her West End debut next week playing Sandy in Grease at the Piccadilly Theatre, and Steph Fearon, who is currently appearing in Smokey Joe’s Café at the Landor Theatre.

In an interview with the Daily Mail this week, Lord Lloyd Webber also revealed that he will be reuniting with Tim Rice after 34 years to pen a number of new songs for The Wizard of Oz. Rice and Lloyd Webber are arguably the world’s most successful living composer-lyricists with shows including Evita, Jesus Christ Superstar and Joseph. Lloyd Webber told the paper: “The fact is that The Wizard Of Oz has never really worked in the theatre. The film has one or two holes where in the theatre you need a song. For example, there’s nothing for either of the two witches to sing.”

The Wizard of Oz will follow the success of Wicked at the Apollo Victoria in London, which has broken all box-office records and tells the story of the witches from The Wizard of Oz.

Andrew Lloyd Webber’s Really Useful Group will produce the show, with performances starting from 7 February 2011 at the London Palladium. The creative team behind the 2006 revival of The Sound of Music, including director Jeremy Sams, designer Robert Jones and choreographer Arlene Phillips, will work on the show.

The first stage version of L Frank Baum’s classic book was in 1902 starring Anna Laughlin. The 1939 MGM film starring Judy Garland is the most famous version of the show, and was adapted into a stage musical in 1945 by Frank Gabrielson for the St. Louis Municipal Opera. 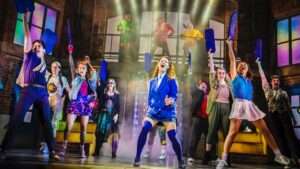 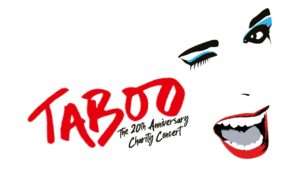 Taboo tickets at the London Palladium 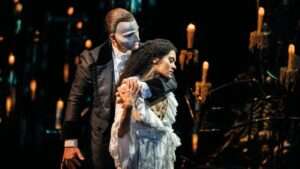