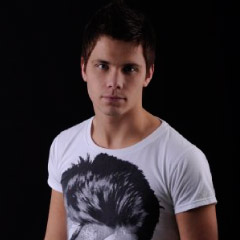 21 year old Alexis is seemingly on a fame fast-track, having appeared in BBC One’s Your Country Needs You in March to find a singer to represent the UK in the Eurovision song content.

We all know how that ended, so it’s with thanks that Alexis made his escape and swiftly jumped into a starring role in edgy drama Dirty White Boy:  The Tales of Soho at the Trafalgar Studios.

And now he has been cast by Bill Kenwright in his 1960s nostalgia-fest Dreamboats and Petticoats at the Playhouse Theatre in London, playing the role of Bobby alongside 70s pop star Tony Christie as his Dad.

As if that wasn’t enough, he is also working on his own musical material with singer/songwriter Beverley Skeete.

Alexis joins the cast from 5 July.