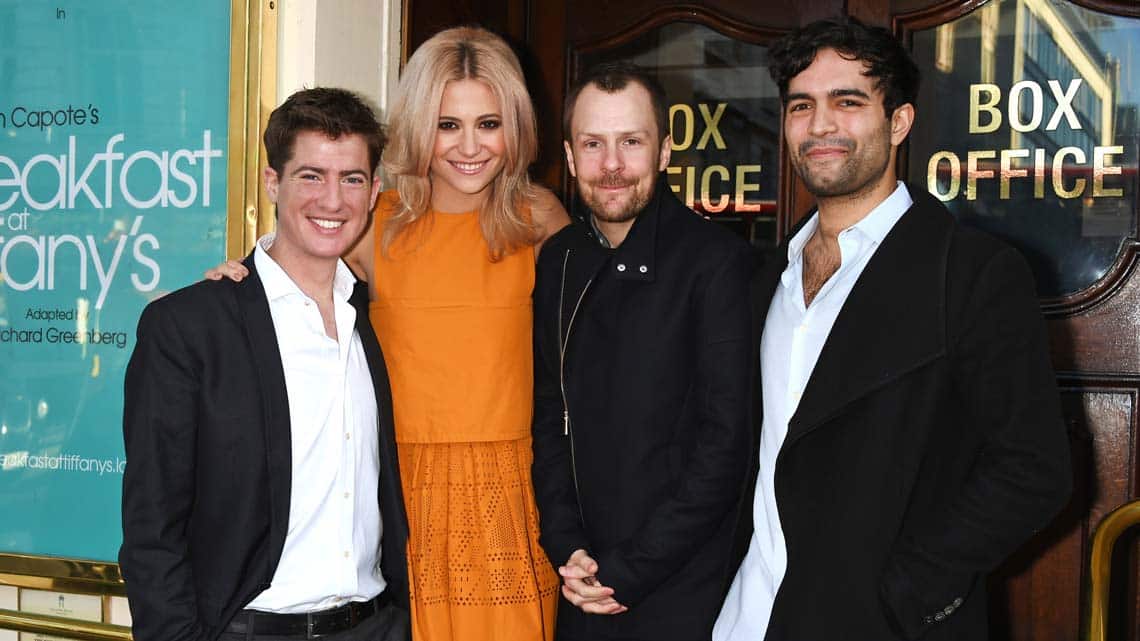 Casting announced for Breakfast at Tiffany’s

The full cast has been announced for the 2016 UK and Ireland Tour and the West End limited season of Truman Capote’s Breakfast at Tiffany’s, adapted by Richard Greenberg and directed by Nikolai Foster.

Matt Barber (Atticus Aldridge in Downton Abbey) will play Fred and Victor McGuire (the sit-coms Trollied and Bread) will play Joe Bell. They will be joined by Robert Calvert as Doc, Naomi Cranston as Mag, Charlie De Melo as José, Tim Frances as Rusty Trawler/Editor at 21, Andrew Joshi as Yunioshi, Melanie La Barrie as Mme Spanella, and Sevan Stephan as OJ Berman/Dr Goldman, with Katy Allen and Andy Watkins.

As previously announced, Pixie Lott will star as Holly Golightly for the UK and Ireland Tour, from 3 March to 30 April and 13 to 25 June, and at London’s Theatre Royal Haymarket from 30 June to 17 September.

Artistic Director of Curve, Nikolai Foster said, “It’s a testament to the beauty of Capote’s imagination, the extraordinary characters he created and Greenberg’s faithful adaptation, that alongside Pixie and Matt, we have assembled such an accomplished company of actors to bring this dazzling play to life.”

Breakfast at Tiffany’s will begin performances at the Curve, Leicester on 3 March 2016, before embarking on a UK & Ireland Tour. There will be a 12-week season at the Theatre Royal Haymarket in London’s West End from 30 June to 17 September 2016.

Book tickets to Breakfast at Tiffany’s