West End Live, a free event held in the West End this weekend, showcased the best of London theatre and attracted over a quarter of a million people. 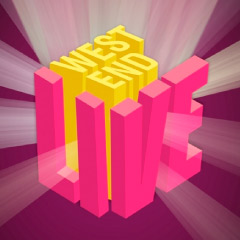 Now in its sixth year and the largest free theatre festival in the world, the event featured the casts of some of London’s biggest shows including Thriller Live, Disney’s The Lion King, Legally Blonde, All The Fun Of The Fair, Tap Dogs, We Will Rock You, Billy Elliot, Wicked, Hair, Chicago, Love Never Dies, Avenue Q, Priscilla Queen Of The Desert, Burn the Floor, Grease, Mamma Mia!, Stomp, Dirty Dancing and Jersey Boys.

Councillor Robert Davis of Westminster City Council, who organised the event, said: “Without doubt, this has been our biggest and best West End LIVE. We’ve seen spectacular performances from some of the nation’s favourite shows.”

Nica Burns, President of the Society of London Theatre said: “London has the best theatre in the world and West End LIVE is a fantastic opportunity for people to sample some of the West End’s most popular shows for free.” The success of the past weekend suggests that a quarter of a million satisfied theatre fans agree.

‘Thriller Live’ to close at the Lyric Theatre in London